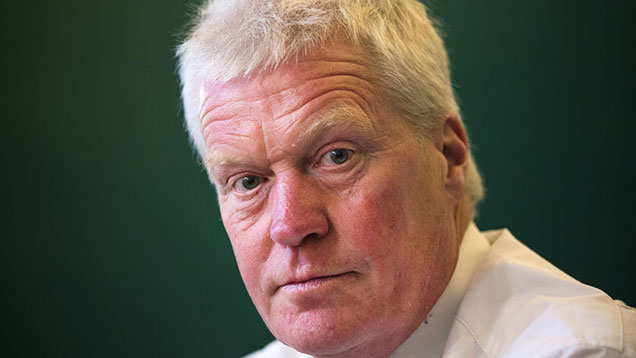 Farmers For Action (FFA) chairman David Handley has appealed for patience among producers, warning that French-style protests are not the way British farmers should go.

In a statement released on the organisation’s Facebook page on Monday night (27 July), Mr Handley said he understood farmers’ frustrations, but farming organisations were working together to find solutions to the current crisis in farming.

Mr Handley’s comments came as an ongoing survey to assess the level of support for farmer protests suggests growing numbers of producers are in favour of direct action.

More than 270 farmers have now answered a short survey hosted on Farmers Weekly’s website and, to date, 82% say they would support direct action, with most saying it should be targeted at supermarkets and processors. The survey remains open.

Mr Handley said there had been lots of media coverage of the French farmer protests, but when you looked at the package offered by the government it did not take them much further forward.

While the French government had put pressure on retailers to pay more money for dairy products, there were no guarantees this money would be passed back to primary producers and the rest of the package focused on tax breaks and debt restructuring, he said.

“What we in the coalition [NFU, FFA and TFA] are trying to achieve is money directly into your banks through better returns for the products you produce,” he wrote.

“We are leaving no stone unturned and are currently working on a number of ideas to extract money from retailers and the food service sector while also pressurising our government to also act.

“To that end we have said when the summer parliamentary recess is ended if we see no sign of response from our politicians we will take farming to the capital and to other major cities around the country.”

Farmers who have voted in favour of protests in the Farmers Weekly survey argue that they see no alternative if they are to raise awareness of their plight and apply pressure to retailers for price increases.

“The UK dairy job is in a very desperate situation, so drastic action is needed so save livelihoods,” said dairy and beef farmer Jamie.

Contractor Kelly Tellwright added: “It brings what struggles the farmers are having to the public.

“They really don’t understand, but when a protest happens they sit up and think gosh things must be bad if they are taking it to this extreme.”

However, those opposed to protests warn that there is a risk of alienating the public and causing a PR backlash to farming.

One dairy farmer said: “When you want the public to pay more, there is no point upsetting them.”

Another added: “I’m worried about being seen as a whingeing farmer and losing the sympathy of the public.”