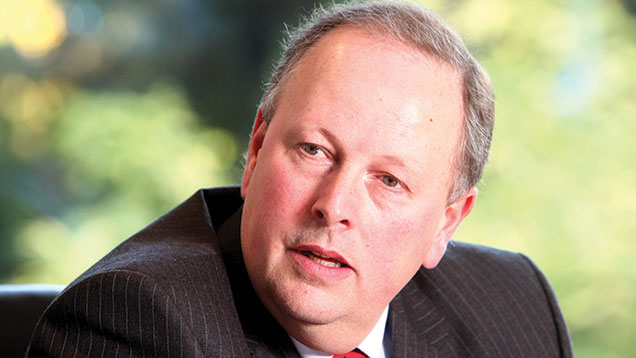 First Milk has confirmed it will make the £6m investment required to upgrade Scotland’s Campbeltown Creamery, but will give no guarantee when the bulk of the capital will be spent.

Giving evidence to the Scottish parliament’s Rural Affairs Committee’s dairy inquiry at Holyrood, the co-op’s vice-chairman Nigel Evans (pictured) said First Milk had spent £1.5m in the past 12 months on improving efficiencies at the creamery, which processes milk from Bute, Kintyre and Gigha. Mr Evans later confirmed that more money would be invested.

“Elements are happening and as we draw down the Scottish government grant, we will continue to make more and more investment. We’re already implementing actions and the next stage is to look at the boilers,” he said. “We have to tackle one stage at a time as we operate 24/7.”

Mr Evans was responding to criticism from Argyll and Bute MSP Mike Russell, who questioned whether First Milk could be entrusted with the stewardship of the Mull of Kintyre brand. Mr Russell said he had been able to find only one type of the cheese “lurking at the back of a shelf” in a local supermarket in Oban.

“There’s a heavy responsibility on your company and you’re letting a lot of people down,” he said.

Mr Evans conceded that the company probably had not put in enough effort in marketing the product, but disagreed that First Milk had failed producer members.

The committee also took evidence from milk processors, Dairy UK, NFU Scotland and producers including Bute dairy farmer Robert MacIntyre, who said island farmers’ backs were “against the wall” and they didn’t know how they would pay rent, fuel or fertiliser bills in the next few months.

The committee will hear evidence from rural affairs minister Richard Lochhead at its next meeting in February.