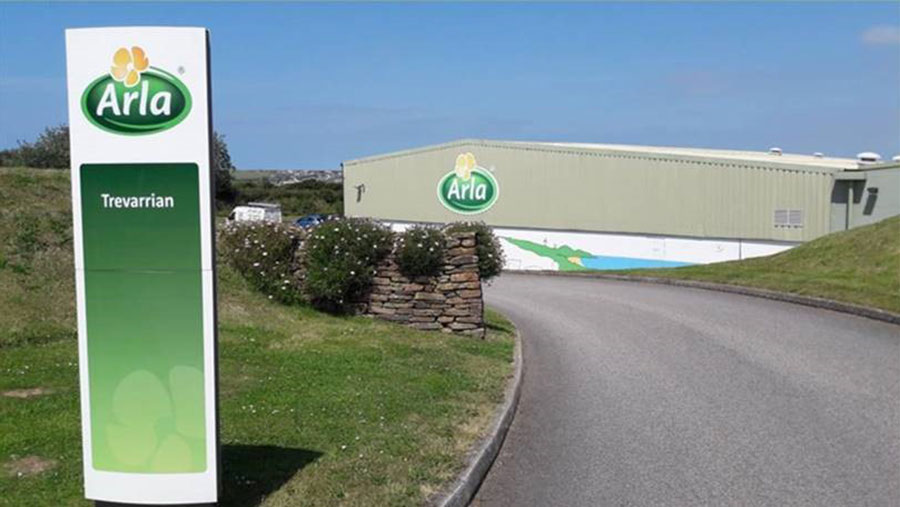 The site has been hit by a significant decline in cheese contract volumes due to the effects of Covid-19 restrictions on the food-service sector, Arla said.

Volumes had already been in decline for three years, but the pandemic has made the situation worse, an Arla spokeswoman said.

It means Trevarrian is no longer financially viable and could close by early summer 2021, subject to consultation with employees at the site.

See also: Budget 2021: What’s in the detail for farm businesses

If the proposal goes ahead, Arla will look to recruit workers into vacant positions elsewhere within its site network, as well as working with other local food producers to find suitable vacancies.

The plant’s 15 farmer-suppliers will not be affected because milk will be sent to Arla processing sites at Taw Valley, Devon, and Westbury in Wiltshire if the proposal goes ahead, the spokeswoman said.

Alison Rance, Arla UK vice-president of production, said the company’s mission was to return the highest value for farmers’ milk and sustain a robust price.

“Unfortunately, the drop in production volumes for the site means we believe it is no longer financially responsible for us to keep our Trevarrian facility in operation,” Ms Rance said.

She stressed that other uses for the creamery had been considered, but she saw “no other alternative than to propose a closure of the site”.