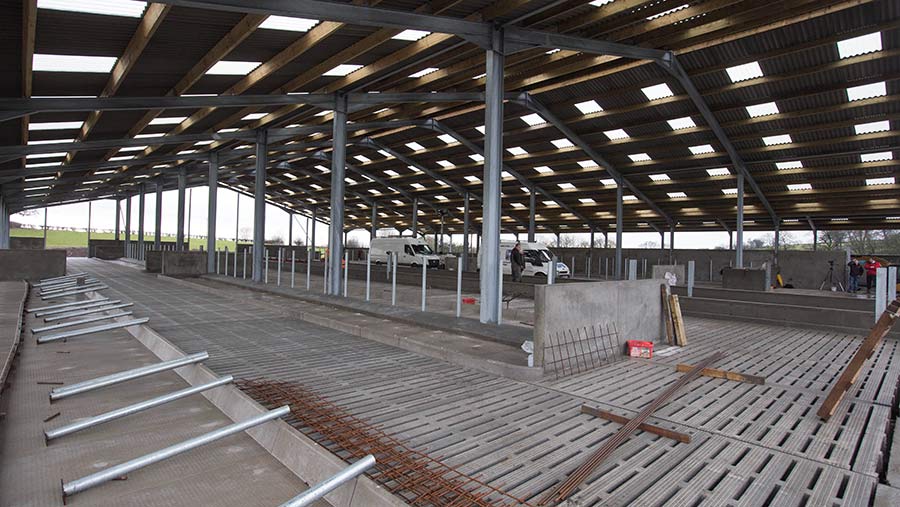 Broadly speaking, company tax and finance received more attention than that for sole traders and partnerships in the chancellor’s Budget last week.

The so-called “super-deduction”, a new 130% first-year capital allowance running for two years from April 2021, is only available to companies, in part to make up for a rise in corporation tax from April 2023.

The measure is a welcome incentive for companies planning to invest in plant and machinery as they now have an accelerated advantage of two years before the higher corporation tax rates kick in, says Simon Tapp, who heads the agricultural team at accountant Moore Scarrott.

The timing of expenditure must be carefully considered between now and what would typically be their year-end of 31 March, says Mr Tapp.

Until 31 March, new and used purchases of plant and machinery can qualify for 100% tax relief on up to £1m through the Annual Investment Allowance (AIA), available to companies, partnerships and sole traders until 31 December 2021, when it is scheduled to reduce to £200,000.

Companies claiming the 130% super-deduction on purchases from 1 April need to be aware that this is for new equipment only. While saving 19% tax initially, they could end up paying 25% tax on the sales price or trade-in value when they dispose of the equipment, as corporation tax rates rise to 25% from April 2023, warns Mr Tapp.

“Given the fall in the existing AIA on any subsequent purchases or replacements in the same year, it is more important than ever to speak to your accountants and agree the timings of proposed machinery changes over the next four to five years,” he says.

Sam Kirkham, a partner in the farms and estates team at accountant Albert Goodman says it will be important to weigh up the interaction between the AIA and the new enhanced allowance.

“We have already had enquiries considering whether it is most tax efficient to use the AIA for second-hand kit or the super-deduction for new equipment,” she says.

For company profits of £50,000 or less, the current 19% corporation tax rate will continue to apply.

Where a company’s profits fall between the £50,000 lower limit and £250,000 upper limit, the company will be able to claim marginal relief that will bridge the gap between the upper and lower limits, providing a gradual increase in the corporation tax rate.

“For those thinking of incorporating, a company structure may still be beneficial for many, especially where they are not planning to draw profits out of the business for personal use but rather are planning to keep them in the company for reinvestment or to reduce debt.

“This is partly due to the low corporation tax rate of 19%, but also due to the limited liability protection a company offers, with more of the public coming on farm for weddings, holidays, and farm shops, and increased food production in rural businesses.

“With the litigious world we now live in, limited liability offers extra insurance against a potential claim against the business, protecting valuable farm assets.”

The rise in corporation tax may prompt some changes to remuneration policy and the mix between salary and dividends, says Ms Kirkham.

Catherine Vickery, associate director at accountant Old Mill says: “What’s really eye-opening [about the super-reduction] is that there is no cap to the qualifying spend; the government wants to get the economy moving again, and is encouraging businesses to be part of this.”

However, she cautions that the savings from using the super-deduction may not be as attractive as they appear at first glance. For example, every £100,000 invested using it prior to the corporation tax rise to 25% will potentially reduce the tax liability by £24,700, compared with a tax saving of £25,000 once the tax rise to 25% is in place.

“Don’t let the lure of the super-deduction tempt you to bring forward investment, particularly if you are borrowing heavily. Consider the risk of inflation and the possibility of associated interest rate rises and work out the impact before making changes to investment plans,” says Mrs Vickery.

“When you run the numbers, it’s much of a muchness, so anyone investing below £1m may be better to stick to their current investment plans.

“One caveat is that if the AIA reduces in the next two years, it could undo any benefits of waiting, which could mean missing out on any advantages of the super-deduction.

“The decision to invest should be based on plans to become more profitable and productive; then assess which tax year this should be in. The chances are, in two years’ time the government will still be encouraging investment.”

On integral features, such as plumbing and electrical installations in agricultural buildings, farmers (sole traders, partnerships and companies) will still be able to claim up to £1m under the AIA at 100% for the current year.

Under the new super-deduction, everything over and above that is now also eligible for a 50% first-year allowance for these special rate assets which would previously only have qualified for an 8% annual rate.

“Do be wary that this [the super-deduction] only applies on new contracts – any that have been signed before 3 March 2021 or monies spent before 1 April are not eligible for the allowance,” warns Mrs Vickery.

Following the Budget, sole traders, partnerships and companies can carry back losses for three years instead of one.

“This means anyone who has suffered significant losses or who will be investing heavily using the super-deduction – and therefore making a loss – can now carry this back three years to reclaim tax paid in that time,” says Mrs Vickery.

“One thing to bear in mind is that HMRC can’t process any claims or make any repayments until the new rules have royal assent – which is likely to be June or July – so there’s no rush to put in claims,” advises Mrs Vickery.

Loss relief or carry back