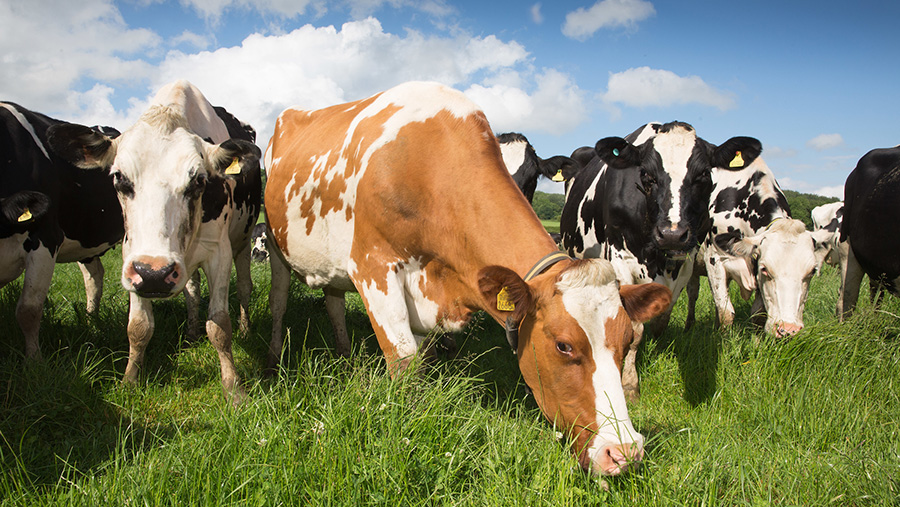 Dairy farmers saw the biggest drop in farm business income during 2015/16, with plummeting farmgate prices pushing a quarter of milk producers into a loss-making situation, according to statistics released by the Welsh government.

Farm business income figures show that the average business income for all farm types in Wales was down 23% to £22,200, because of falls in commodity prices and a drop in the value of the basic payment.

This was almost entirely driven by the 25% fall in milk price, which was only partially offset by a farmers producing a higher volume of milk and lower feed costs.

“This is a greater price fall than the 21% fall seen across the UK for the same period (based on national milk price statistics),” said the report.

“In the last five years, the average milk price paid to farmers in Wales was generally 1-2p/litre lower than for the UK as a whole.”

Average farm business income on lowland cattle and sheep farms fell by 40% to £16,300 per farm.

However, average farm business income on upland cattle and sheep farms was more consistent, falling by only 1% to £21,900 per farm.

Around half of the fall was due to lower output from the sheep and wool enterprise.

This was driven by lower fat lamb, store and ewe prices in 2015/16, off the back of plentiful domestic supplies of sheep meat while demand remained relatively stable.

The average basic payment was also 12% lower than the single payment of the previous year.

There has been a great deal of variation around the average farm business income for all farm types in each of the past four years, according to the document.

The figure for dairy farms was significantly higher than in the previous year; in 2014/15, only 10% of dairy farms made a loss.