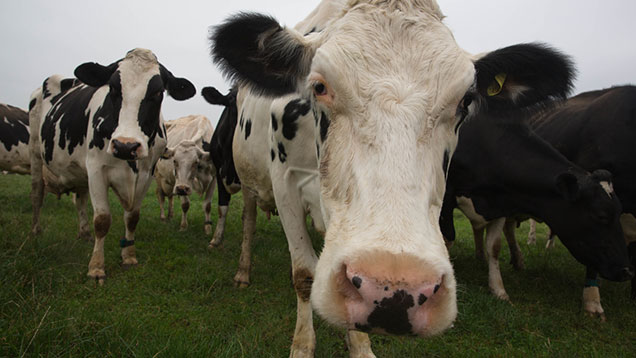 Wales’ deputy farm minister, Rebecca Evans, will be highlighting the struggles facing the dairy industry during a visit to Brussels.

Mrs Evans will participate in the EU’s Agriculture and Fisheries Council meeting on Monday (26 January).

“We are a small nation and so it is imperative that Wales’ voice is heard loud and clear in Europe,” said the deputy farm minister, speaking ahead of the meeting.

“These meetings with ministerial colleagues are important for pressing our case, and in negotiating, developing and delivering future programmes.”

One item on the agenda of particular interest to the Mrs Evans is the Russian trade ban, one of a number of issues causing concern for dairy farmers in Wales.

Although there is no direct trade of agricultural products between Welsh processors and Russia there is significant trade of cheese and butter with other EU member states.

“While the volumes of Welsh agricultural exports directly from Wales to Russia make up a very small proportion of our overall exports, I have concerns about the impact this ban is continuing to have on food prices and internal European markets,” said Mrs Evans.

“The supply of milk in the UK, across other EU states and globally in recent months has been high and has put pressure on global prices. The Russian trade ban on agricultural products has added to the challenges faced in international markets.

“With milk production continuing to outperform last year’s, there will be a need to develop new markets for cheese and butter stocks or to divert milk supplies into other dairy products.

“I am hoping to draw these, and other issues, to the attention of my colleagues as this prolonged ban could have serious knock-on effects on the Welsh agricultural industry, particularly our milk producers.”

Last week, Mrs Evans met dairy farmers in Powys who supply First Milk to hear their concerns after the troubled co-op announced it would delay producer payments by two weeks.

According to levy board DairyCo, the number of dairy producers in Wales stands at 1,831, an increase of one (0.1%) compared with December 2014.