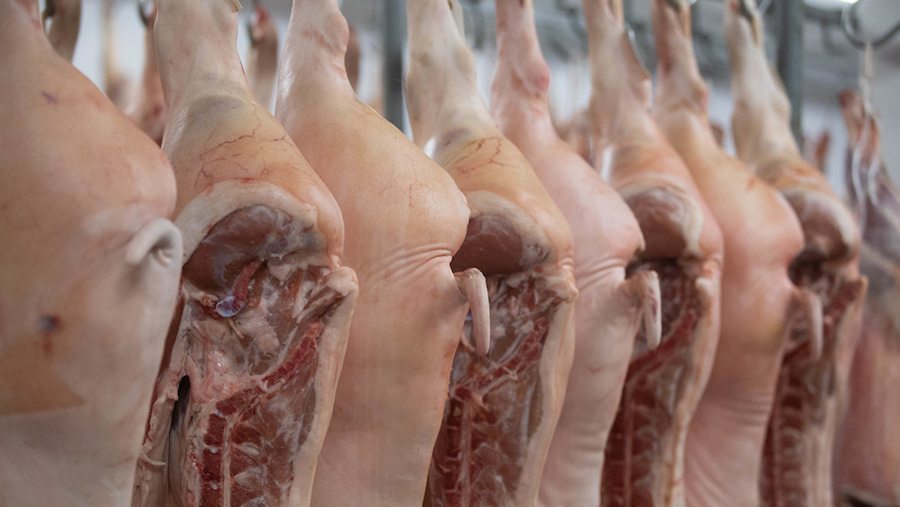 Export figures reveal a mixed picture of performance across the red meat and dairy sectors following Britain’s departure from the EU, according to AHDB analysts.

The latest data from HMRC looks at dairy, beef, lamb and pigmeat exports up to March, with some sectors faring better than others.

The post-Brexit slump in beef exports continued in March, with shipments down by about a third. March exports of fresh and frozen beef totalled 8,600t, 30% down on the same month in 2020. Within the total figure, shipments to the EU declined by 35% to 6,200t.

The main driver in the decline was a sharp drop in sales to the Netherlands, which took 2,300t less beef, a drop of 67% year on year.

Exports to non-EU countries during March also fell by 14% compared with year-earlier levels to 2,500t, with drops in sales to Japan, China, Canada and Ghana.

All UK dairy product exports to the EU saw a month-on-month rise in March 2021, but most categories are still considerably down on the year.

The month-on-month increase suggests some of the post-Brexit teething problems are being worked through, according to dairy analyst Kat Jack.

However, she said extra checks and paperwork continued to cause difficulty for exporters.

Powdered and condensed milk, whey products, and butter exports were all down on March 2020. Condensed milk saw the biggest fall at 52% down year-on-year, while powdered milk dropped by 45% and whey products declined by 19%.

Yoghurt shipments were down by 23% and cheese 12% below year-ago figures.

However, cream shipments bucked the trend and rose by 5% in March 2021, compared with last year.

Overall UK exports of pigmeat and offal during March were 13% higher than year-earlier levels, at 37,800t. The rise was driven by shipments to countries beyond the EU.

Shipments to non-EU destinations were 40% higher than the year before, with particular growth to the Philippines, where trade was nine times higher than in 2020. Exports to China also increased by 13% to 11,500t.

In contrast, exports to European countries showed a decline of 17% in March 2021 compared with the same month a year ago. Over the first three months of 2021, EU shipments were down 47% compared to the first quarter of 2020.

Exports to Germany, Ireland, the Netherlands and Denmark were particularly badly affected, the AHDB said.

Fresh and frozen sheepmeat exports recorded an 11% year-on-year rise during March 2021, to total 6,150t. However, export volumes during the first quarter still lagged 22% behind the same period last year.