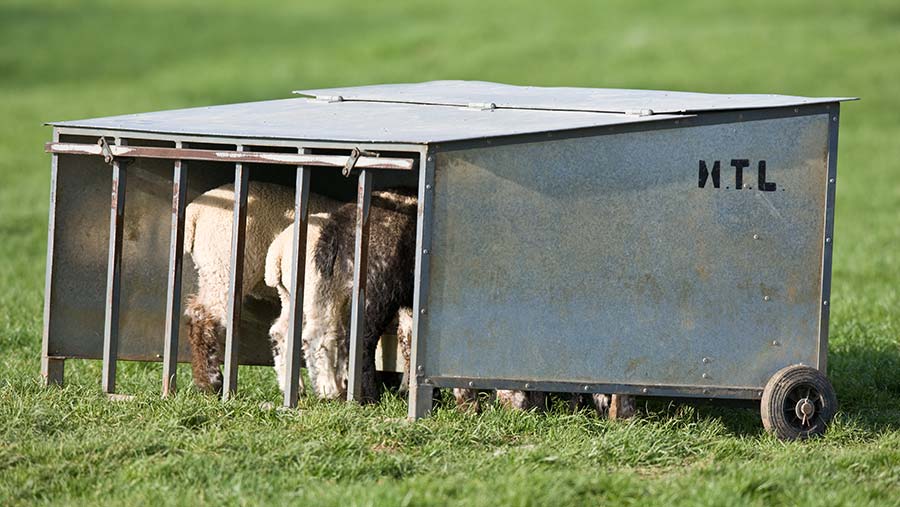 Farmers who need to buy in extra feed this winter to support light cuts of forage are likely to have to pay more for it as concerns mount for both the quantity and quality of grain supplies.

Feed wheat supplies are under scrutiny as the wheat area is lower than last season, according to the AHDB’s Planting and Variety survey.

With season-end supplies of wheat forecast to be the lowest in five years, crop yields would therefore have to be above average to increase supplies and bring prices down, but this is extremely unlikely given the heat stress plants have been under.

See also: How to prevent trace element deficiency in lambs at weaning

The national five-year wheat average for the whole country currently stands at 8.22t/ha, making it the fifth-highest in the world.

Feed and livestock manager Joe Cobb, of Oxfordshire-based buying co-op Orion Farming Group, said the feed manufacturers he dealt with were forecasting 18% dairy rations to increase by £15-£20/tonne on the £200/tonne they were trading at now.

He said demand for alternative feeds was also likely to be fierce, with sugar beet expected to sell quickly when prices were released for the crop in August.

He advised farmers who are anticipating that they are going to be short of feed to contact feed merchants now to discuss alternative options such as soya meal, rape meal, moist pulp and other by-products.

Concern is also mounting among lamb finishers as spring-planted forage crops and new grass leys are failing to progress or dying back, which will increase demand for creep feed.

Mole Valley Farmers beef and sheep nutritionist Lachlan Maclachlan said prices had already risen about £15/tonne since spring to about £255/tonne for a bulk delivery but he is selling more in Devon as grass dwindles.

Given that the wheat futures price for this autumn is trading significantly above where it was last year, he expects it to maintain its current price at the very least.

“If there is anything that is looking firmer going forward it is the cereal market, not the protein market,” he warned.

His advice to beef finishers who normally finish cattle at grass is to consider selling in the store ring if they are TB free, as prices are currently still fairly strong.