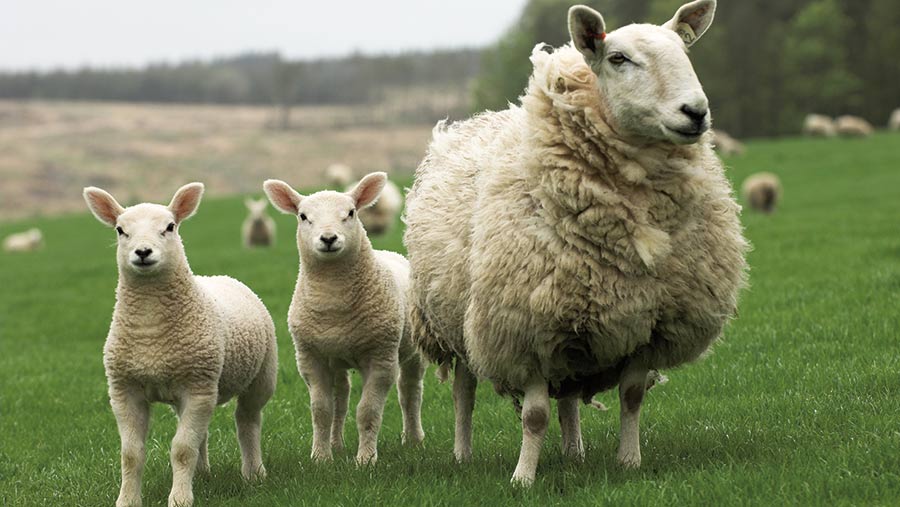 This is according to the Cattle and Sheep Enterprise Profitability report, commissioned by Quality Meat Scotland (QMS), released on Monday.

It covers the 2019 calf and lamb crop, and is based on a survey of more than 200 beef and lamb producers.

Stuart Ashworth, QMS director of economic services, said the report is designed to encourage farmers to benchmark their business with peers, rather than just their own results from the previous year.

“It is important to identify if the difference in your results to someone else’s is in your control or not. If it is, you need to do something about it,” said Mr Ashworth.

For each sector, the survey compares the costs, revenues and margins achieved by the top third, average, and bottom third of producers, omitting CAP support.

Despite savings in feed and forage due to the more benign weather conditions, which offered good grass growing conditions, the decline in market prices still led to further deterioration in margins in 2019.

However, the declines on autumn 2018 of about 6% in September and 2% in October were smaller than those at prime cattle sales, where prices in the autumn were 9-12% behind 2018.

The sheep sector fared a little better than cattle, said Mr Ashworth, with prices holding up despite a higher crop of store lambs trading at autumn sales and the uncertainty around Brexit.

At prime lamb sales, prices were in line with their five-year average for most of the summer and autumn, before rising strongly in the final two months once the EU exit was delayed.

Fortunately for store lamb finishers, the prime lamb market reached record levels in the first quarter of 2020, though prices did weaken following the Covid-19 outbreak in March and failed to fully recover at Easter.

Lowland flocks saw the most significant increase, from 38% of businesses achieving a positive net margin to 62%, while the proportion of store lamb finishers seeing a marked improvement increased from 69% to 92%.

Despite the challenges, the top producers continue to be characterised by high physical and/or technical performance, strong control over costs and the ability to maximise returns.

“Success results from getting the progeny on the ground, keeping them alive and selling to the best advantage,” said Mr Ashworth.

“That might sound like a glib comment, but the best performers have fewer barren cows and fewer lost to the point of weaning, which supports them even if they don’t always achieve better prices.”

However, the lack of return from the marketplace for the labour and capital invested in businesses shows CAP support is still important to farmers, and this cannot be ignored, he added.

The report’s results also show there has been a general reduction in the average emissions/kg of output.

“The differences are too small and the range of emissions overlap from year to year to suggest the movement is a definitive trend,” said Mr Ashworth.

“Nevertheless, there is a clear correlation of those in the top-third of financial performance having the lowest emissions intensity/kg of livestock output.”

Depending on how Brexit is negotiated, the industry will face challenges, particularly in the export market, where there will be additional bureaucracy at the ports. There is little confidence that the government will have sufficient infrastructure in place to cope with this, said Mr Ashworth.

With a hard Brexit, the issue of tariffs will be added: both on exports – a major challenge for the sheep industry and for cattle, in the interests of carcass balancing – and imports, such as Irish beef and New Zealand lamb, depending to what extent the UK government imposes these.

“Volatility is going to be the main issue in the short and medium term,” said Mr Ashworth.

“Farmers are likely to be wary of activity in January until we better know what’s going on, but we can only do that for a short period of time.

“It is likely that lamb and beef markets will be under pressure for the first quarter of 2021, but I can’t say more than that at the moment.”