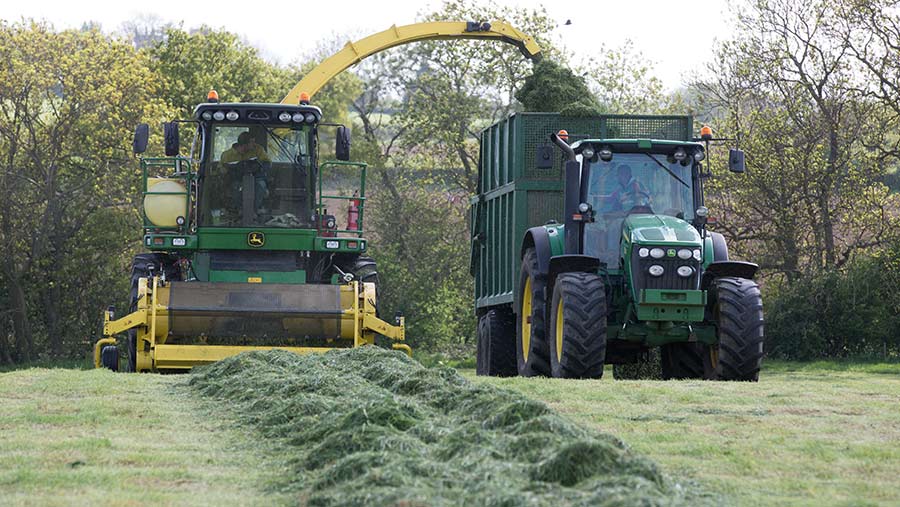 Farmers are continuing to compete fiercely for second-hand machinery, with high new kit prices and low commodity values prompting them to seek out purchases at auction.

The offering at Cambridge Machinery Sale on Monday (10 June) included nearly 350 tractors, of which 50% sold, according to Bill King of auctioneer Cheffins.

“The second-hand agricultural machinery market has been very strong since the referendum, when the pound dropped quite significantly against the euro and other currencies,” he said.

Trade has softened a little since March – partly a seasonal pre-harvest slowdown and partly due to Brexit-related uncertainties – but buyers’ appetite for good quality kit, especially items coming directly off farm, has been as buoyant as ever, he said.

“John Deere is highly regarded and their residual values remain quite high, possibly as a result of them still being quite expensive to buy new.”

“People take comfort from buying direct from farm dispersals and seeing the farm and the people who have used the kit,” he said.

While supply has slowed with some would-be vendors “sitting on their hands” and delaying machinery and equipment replacement decisions ahead of Brexit, what is coming to market is selling well.

“There are some very attractive finance options available on new tractors, but it’s still a big commitment in these uncertain times, so buying second-hand remains a very attractive option for farmers,” said Mr Durrant.

“If someone really wants something, they’re still prepared to pay for it. For example, we recently sold an off-farm Ford 4000, dating back to the early 1970s, for £7,000. That was phenomenal money.”

Latest figures from the Agricultural Engineers Association show the slowdown in new tractor registrations, with 889 machines over 50HP registered in the UK during May – about 27% fewer than in the same month last year.

Brexit uncertainty has impacted farmers’ willingness to invest in new machines in the short term, but total registrations for the year to date are only 3% lower than in the first five months of 2018, pointed out AEA agricultural economist Stephen Howarth.

“That indicates that although Brexit is causing some volatility in the monthly figures, it has not had a dramatic effect on the number of tractors being registered overall,” he said.