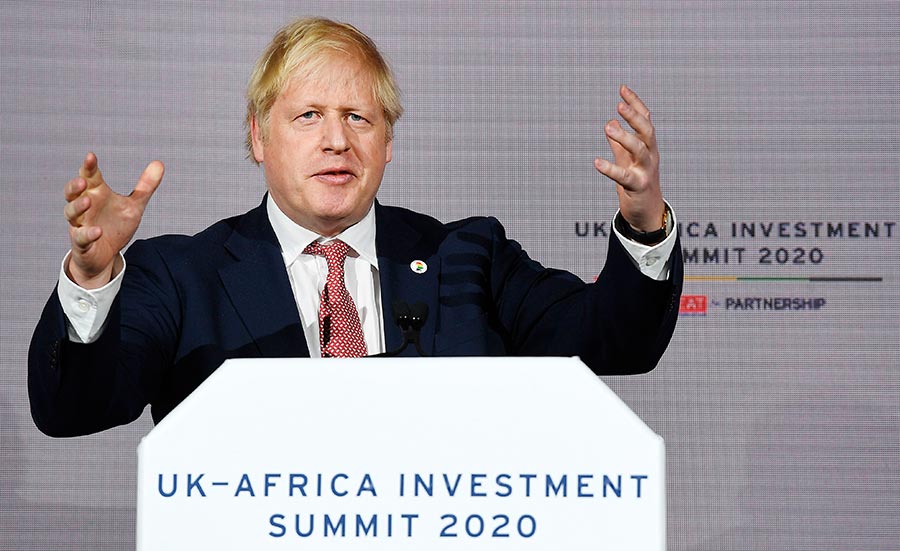 Prime minister Boris Johnson has promised Ugandan farmers they will have the opportunity to export their beef to the UK after Brexit.

Speaking at the UK-Africa Investment Summit 2020, Mr Johnson said: “I have just told president Yoweri Kaguta Museveni that his beef cattle will have an honoured place on the tables of post-Brexit Britain.

“The United Kingdom is aiming at building a partnership that benefits all African countries.”

President Museveni tweeted his delight at hearing the pledge.

“I am glad that in his speech, the prime minister indicated that our products, including Uganda’s beef, would find its way on to the dining tables of post-Brexit Britain,” he said.

“Our position has always been balanced trade that benefits all parties.”

Mr Johnson said that as the UK exited the EU it was setting its sights and energy on Africa, with plans to invest in infrastructure development and open up trade markets.

As part of the deal, Mr Johnson also said that “families across Angola will be tucking into delicious chicken from Northern Ireland”.

However, British farmers have reacted angrily to the PM’s Ugandan beef pledge and questioned why the government would allow beef produced to lower standards to be imported here, undercutting their businesses after Brexit.

Kent beef farmer Douglas Ledger said: “I’m gutted. Nothing seems to be about the domestic market. It’s all about trade and what they can get.

“Our margins are disappearing completely. Many small beef farmers around here are packing up. Politicians are totally out of touch with the prices on the home market.

“All we want is to earn a reasonable living for the amount of work we put in.”

Mr Ledger, who farms 300 head of cattle between Dover and Canterbury, said importing foreign beef would be bad for the environment because of the emissions related to transportation.

Warwickshire beef farmer and AHDB Beef & Lamb chairman Adam Quinney said: “With a calving index of 58% and a calf loss of 30%, I should imagine the carbon footprint of Ugandan beef is terrible. I thought Mr Johnson was interested in tackling climate change.

“They are not big producers (about one-fifth of our production). But the question is, what are their standards of production, traceability and welfare at slaughter”

The NFU is lobbying MPs to include a provision within the Agriculture Bill to require that all food imported into the UK is produced to at least equivalent food production standards as those required of producers in the UK.