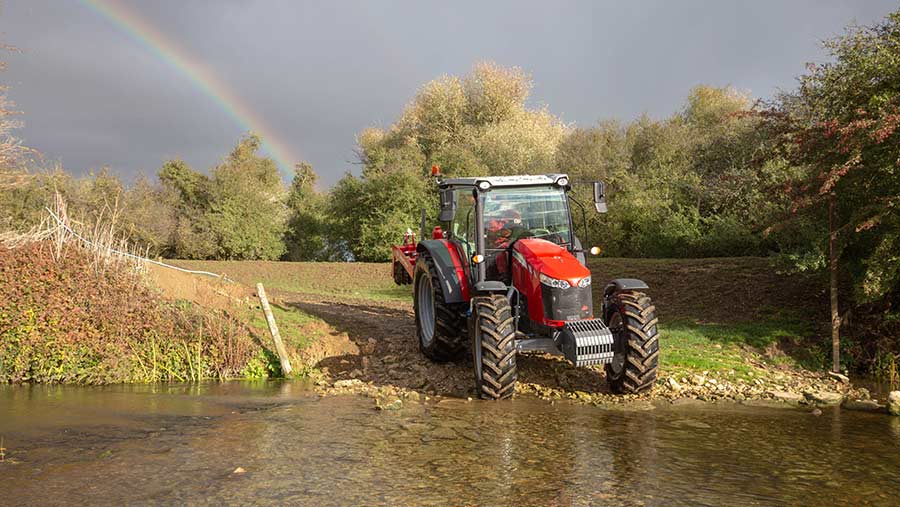 Farm leaders and rural economists have welcomed the clarity a landslide Conservative election victory has given to the Brexit debate.

Boris Johnson’s resounding election win has given his government a powerful mandate to fulfil his election promise to take the UK out of the EU on 31 January 2020.

The prime minister will hope to push his Brexit withdrawal agreement bill through parliament next Friday (20 December), and he will set out his plans for the country in a Queen’s Speech.

Mr Johnson has insisted that the UK will be able to negotiate a post-Brexit trade deal with the EU by the end of 2020, although EU chief negotiator Michel Barnier said it was “unrealistic” to complete a Brexit trade deal in 11 months.

Following the strong victory for the Conservatives, shares rose and the value of the pound jumped 1.9% to $1.34 – its highest since May last year. Traders say sterling’s value could increase to $1.40 in the coming days.

A strengthening pound is seen as a “double-edged sword” for agriculture. Essentially, it means imports become more expensive, but exporters will be hit as their goods and products become less competitive overseas. 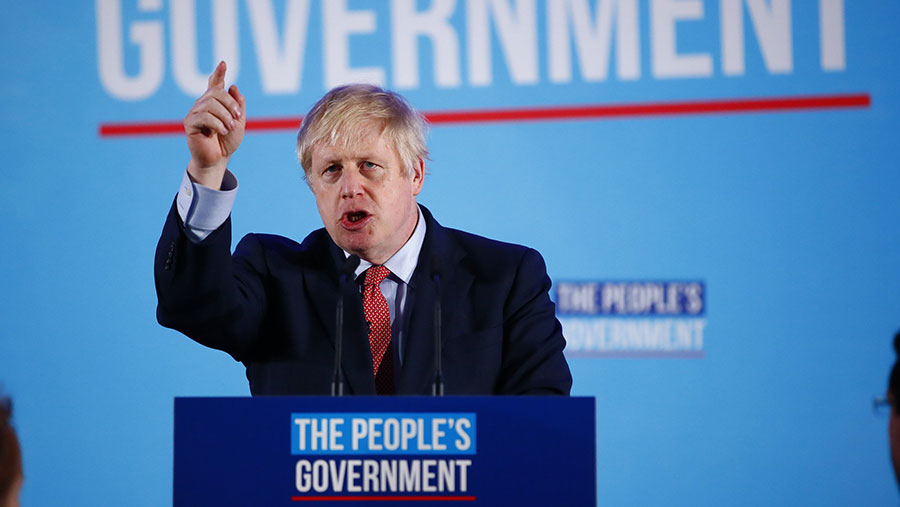 Independent agricultural economist Sean Rickard, a former NFU chief economist, said: “For the farming industry, the worst of Brexit – crashing out of the EU without a deal – will now probably not happen.

“Boris [Johnson] has a huge majority and he will now be able to keep the European Research Group [ERG] – the wing of the party that you might describe as being in favour of the hardest Brexit – at arm’s length.

“I think we could well see the transition period extend beyond this year as Boris goes for a softer Brexit. For the farming industry that would mean another two to three years of the current situation.”

Mr Rickard urged farmers to look beyond this period and consider the impact that a trade deal with the US in five to seven years’ time could have on their businesses.

“There is nothing in the Agriculture Bill that provides any defence for what’s coming down the line,” he warned.

Holly Story, farm business consultant at GSC Grays, said she expects the Agriculture Bill, which stalled in 2019, will be resurrected. However the Bill contained very few concrete commitments and with a new cabinet there could yet be changes in direction.

“Under Michael Gove’s leadership of Defra, the mantra of ‘public money for public goods’ was front and centre in the discussion on future farming support, and it was reiterated again in the Conservative manifesto,” said Ms Story.

“There was also a new pledge for a £640m Nature for Climate fund, which will drive action such as tree planting and peatland restoration to help the UK to reach its net zero by 2050 target.”

The previous government had timetabled the first reductions in Basic Payment Scheme (BPS) to take effect in 2021, but there are growing calls from industry representatives for this to be pushed back, given the delays to Brexit and the lack of progress on developing our post-Brexit agricultural policy.

Jack Davies, a farm consultant with Knight Frank, said the Conservatives had pledged to establish an Environmental Land Management (ELM) scheme, which would fund farmers through taxpayer money to achieve environmental outcomes.

“Farmers will have to take a more proactive approach to adopting ELM schemes and doing more than they are doing now to protect the environment,” said Mr Davies.

“Bank managers say 75% of their farming clients would be unprofitable without the Basic payment. That’s a huge amount of farmers.

“But farmers can’t continue as they are and expect everything to remain the same. If they do not make plans now in terms of being able to diversify or use their assets to the best of their ability, they are going to struggle.”

Mr Davies said he sensed many farmers were feeling uncertain about whether to invest in their businesses now.

He added: “People are holding back on making investments, which is odd. But they should be exploring the options. Some grants for diversification projects offer 40% of the capital.”

The NFU stressed the importance of UK agriculture. It contributes £122bn annually to the UK economy and delivers jobs for four million people.

NFU president Minette Batters said the union would start working with the new government straight away to ensure it understands and values the importance of British food and farming.

“Top of the list is Brexit,” said Ms Batters. “It’s imperative we secure a future trade deal with the EU that is as free and frictionless as possible, avoiding the damaging spectre of trading with our EU partners on WTO terms.”

UK farming must not be undermined by imported food that fails to meet our own high environmental, animal welfare and food safety standards, she added.