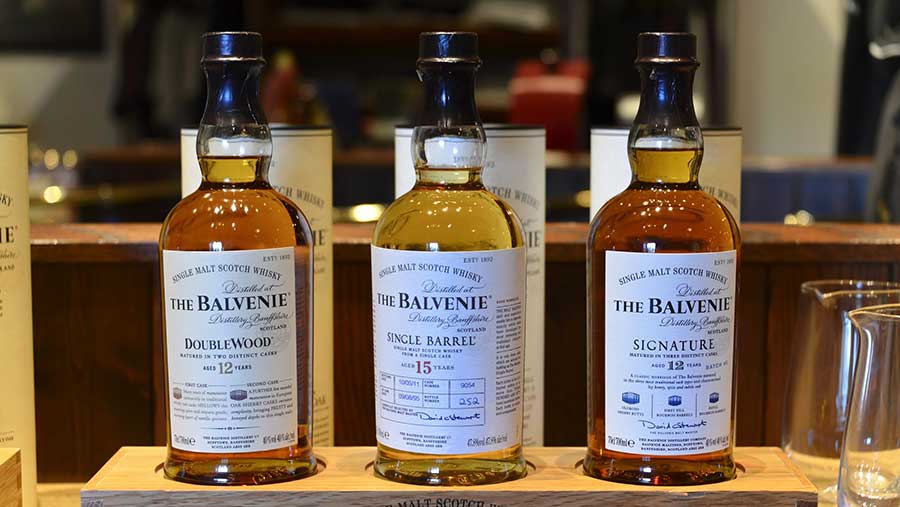 Exports of pork, specialist cheeses and Scotch whisky to the US have plummeted following the introduction of a 25% import tax six months ago, with the Covid-19 crisis exacerbating the problem.

The tax, which applies to certain cuts of pork, along with some cheese, dairy products and single-malt whisky, was introduced in mid-October 2019 following a dispute over EU subsidies provided to aerospace giant Airbus.

The World Trade Organisation (WTO) ruled that the US was entitled to introduce the taxes as a “countermeasure” against countries including France, Germany, Spain and the UK.

The Scotch Whisky Association (SWA) said HMRC export figures showed a 25% decline in Scotch whisky exports in October to December 2019, with exports of single malt – the category on which the 25% tariff applies – dropping by 17% compared to the previous year.

Analysis of the figures for the first months of 2020 is still ongoing.

“Based on current figures, in February we predicted that the 25% tariff could mean that the industry faces at least £100m in lost exports over a year, a drop of around 20% of the value of single malts,” said a SWA spokesman.

Smaller distillers which produce only single malt were being hit particularly hard.

The spokesman said the Covid-19 crisis was now exacerbating the damage, with the collapse of global hospitality, tourism and travel retail sectors likely to lead to a significant downturn in exports.

The industry had scaled back operations to protect its workforce and operate within social distancing rules.

But the spokesman added: “While we have received reports from across the industry of a dip in grain demand as a result of scaled back operations during the coronavirus outbreak, we hope that this will recover quickly as and when restrictions are gradually eased.”

The SWA said there were some positive signals coming from the regions where the pandemic appears past its peak, including countries across Asia, where exports are now starting to pick up.

While the association was broadly confident for the long-term growth opportunities for Scotch whisky, it was important that the EU did not retaliate by introducing new tariffs on US spirits when the WTO rules on a dispute involving aircraft manufacturer Boeing later this year.

“Returning to a positive trade agenda is vital to mitigate the impact of the pandemic, and to help future economic recovery,” the spokesman said.

Duncan Wyatt, lead analyst at AHDB, said the US was a relatively small market for the UK when it comes to pork, but the impact of the tax had been significant for those companies involved.

Latest figures show that during the first two months of 2020 pigmeat trade to the US was down 64% by volume and 68% by value.

The value dropped from £5.5m in January-February of 2019 to £1.8m over the equivalent period of this year.

Peter Hardwick, trade policy adviser for the British Meat Processors Association, said processors had adapted where they could, to take their products outside of the scope of the tariffs, but overall the impact had been detrimental.

While the US market did not make up a high percentage of the total export market for pigmeat, it tended to involve high-value products, he pointed out.

“It is worrying, it is difficult and it has been damaging,” Mr Hardwick said.

Mary Quicke, managing director of Devon-based traditional cheesemaker Quicke’s, which specialises in cloth-bound Cheddar cheese, said she had seen a big shift as a result of the tax.

The business does not export directly, but instead sells to companies which export its products on Quicke’s’ behalf.

In previous years, exports have accounted for about 40% of the business’s trade, more than half of which went to the US, she said.

Although sales were pretty normal for the first few weeks after the introduction of the import tax – probably because they coincided with the holiday season in the US and stores wanted product to sell – this did not last.

“After Christmas things seemed to really dry up and since then we have seen a significant fall,” she said.

The situation was now being compounded by the Covid-19 crisis with US supermarkets – like their UK counterparts – closing  deli counters to focus on selling commodity products, rather than specialist cheeses, she said.

The business is also feeling the closure of the hospitality industry, which is hitting specialist cheesemakers hard as chefs and restaurateurs are among the most positive champions of their products.

“It is quite difficult to disentangle what is happening,” she said.

“Overall, sales are little under half of what they are normally, despite a massive increase in online sales direct to customers.”

Ms Quicke said as Cheddar producers they had at least been able to drop the temperature in their stores to slow the maturation process, but as the cheese ages it will lose weight and there would be increased waste.

However, producers of blue cheese would be much more hard hit, as their product was more perishable and could not be stored for long periods, she said.

Michael Masters of Somerset-based cheesemakers Barber’s admitted the tax was unhelpful, but said the effect on its business had not been as bad as feared.

The introduction of the tax at the tail end of 2019 had coincided with a period when American milk prices were well over 30p/litre, which had helped to keep the company’s cheddar cheese brands – Coastal and 1833 – competitive.

Mr Masters said demand for product had continued into the new year, and international retail orders had actually risen off the back of the Covid-19 crisis.