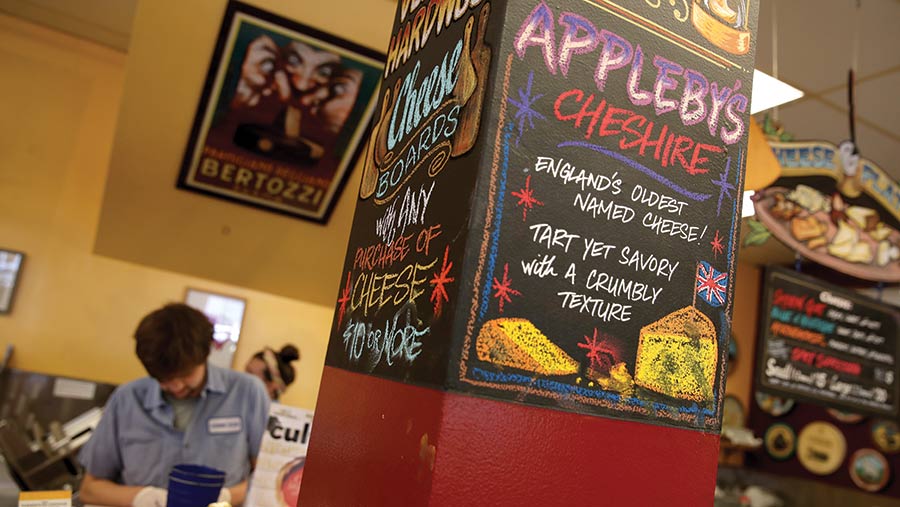 Valuable UK exports are being harmed by hefty import taxes imposed by US president Donald Trump.

The tariffs, totalling an estimated $7.5bn (£6.1bn) annually, came into effect on 18 October across a wide range of EU food and drink products.

The UK products most at risk are pork, cheese and other dairy exports, along with single-malt Scottish whisky.

Among these categories, the products exported to the US are generally at the premium end of the market and so especially valuable to the UK economy and to the farm businesses producing the raw materials for them.

The US is Britain’s second largest non-EU pigmeat customer after China, with volumes growing rapidly in the past few years from a small base. This market generally wants high-value, antibiotic-free meat from the UK.

“The tariffs have been causing real difficulties in what has been a hard-won market in the US,” said Nick Allen, chief executive of the British Meat Processors’ Association.

“This was a growing market for us and going very well. It’s very disappointing, especially as the UK has complied with the WTO requirements [see panel].”

Mr Allen said meat exporters were trying to mitigate the impact of the tariffs but there is limited scope for this.

Cheese exporter Somerdale International has sold £18m worth of product to the US so far this year, a significant rise on the previous year to date. It had product en route to the US when the tariffs were announced, so contracts had to be renegotiated, with customers generally accepting a price rise of 20-21%.

“We don’t make a margin that can stomach a 25% tax,” said Somerdale director Alan Jenkins.

Customers had accepted price increases, he said, but the reaction of US consumers is yet to be tested, as is that of US cheesemakers in terms of how they price their domestic product.

The taxes come at a particularly bad time, with the trade gearing up for Christmas.

“I hope it is resolved but I fear the tariffs are here for a while, perhaps for the medium term,” Mr Jenkins said.

The new taxes come on top of existing tariffs and Brexit concerns – for example, Somerdale exports £1m worth of cheese to Canada, a market to which access may be lost entirely when the UK leaves the EU.

Scottish single-malt whiskies account for about £370m of the total £1.2bn of Scottish whisky exports to the US each year, providing an important market for cereal growers.

“The 25% tariff that has been implemented on US imports of single malt Scotch whisky and liqueurs is very bad news for our industry,” said Graeme Littlejohn, director of strategy and communications at the Scottish Whisky Association.

“It means that Scotch whisky is now paying for more than 60% of the UK’s tariff bill for the subsidies it provided to Airbus [the issue at the heart of the US tariffs ruling], eight times more than the next most valuable UK product on the tariff list. That single malts are being targeted is particularly damaging for smaller producers, who stand to be the hardest hit.

“We have been working closely with the UK and Scottish governments to ensure that removing the tariffs on the UK’s most valuable food and drink export remains a top priority. We have also asked them to consider a range of support to the industry, including reducing the UK tax burden on Scotch whisky in the Autumn Budget.

Which products are subject to the 25% US import tax and why?

The dispute is over EU subsidies to aerospace giant Airbus, which manufactures aircraft and parts in France, Germany, Spain and the UK.

US president Donald Trump claimed the subsidies contravened trade rules and has received WTO backing to impose tariffs whose rates can change. These apply to a wide range of food, drink and industrial products. The main UK food and drink sectors affected are:

However, some continental cheeses are not affected – for example, Emmental, Gouda, Edam and French Brie.