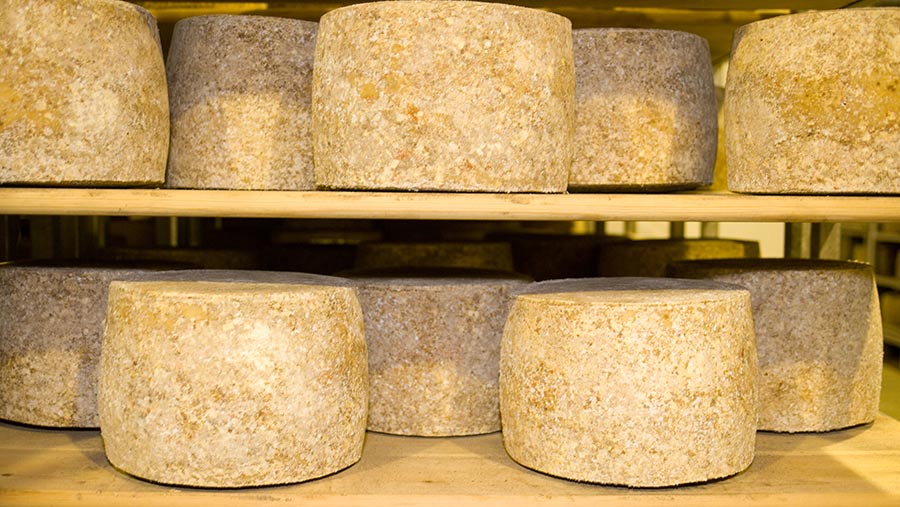 The US government has begun imposing $7.5bn (£6.1bn) worth of tariffs on British and European food exports in a burgeoning trade war.

The dispute is over EU subsidies handed to aerospace giant Airbus, which has manufacturing assets in France, Germany, Spain and the UK.

The list of food and drink exports from the UK that will be subject to 25% tariffs includes:

The extent of the tariff regime is starting to emerge with AHDB figures suggesting 75% of EU cheese exports to the US will be affected.

The UK exported around 7,700t of cheese to the US last year. This accounts for about 4% of Britain’s total cheese exports and more than 99% of this is product that would be hit by the tariffs, AHDB Dairy said.

Beyond dairy, the National Pig Association (NPA), said that the US was Britain’s second biggest non-EU pigmeat customer after China.

In the first seven months of 2019, the UK exported 6,768t of pork to America and the tariffs would add unwelcome costs to British producers, the NPA said.

Scottish barley producers will also be hit as tariffs will be imposed on single-malt whiskies, which make up £370m of the total £1.2bn of exports to the US each year.

Government pushing back on tariffs

The UK government has started a round of talks with sectors affected in a bid to reassure businesses that it would fight the imposition of tariffs.

International trade secretary Liz Truss said the government was taking the matter seriously and had held talks with her US counterpart Robert Lighthizer.

Speaking after the meeting, Ms Truss said: “Resorting to tit-for-tat tariffs is not in any country’s best interests and we are in regular contact with the Trump administration, urging them to refrain from resorting to such measures.

“As well as causing temporary disruption to UK businesses, it would also hit American consumers in the pocket.”

She added that the UK had complied fully with the WTO’s ruling on the Airbus dispute.