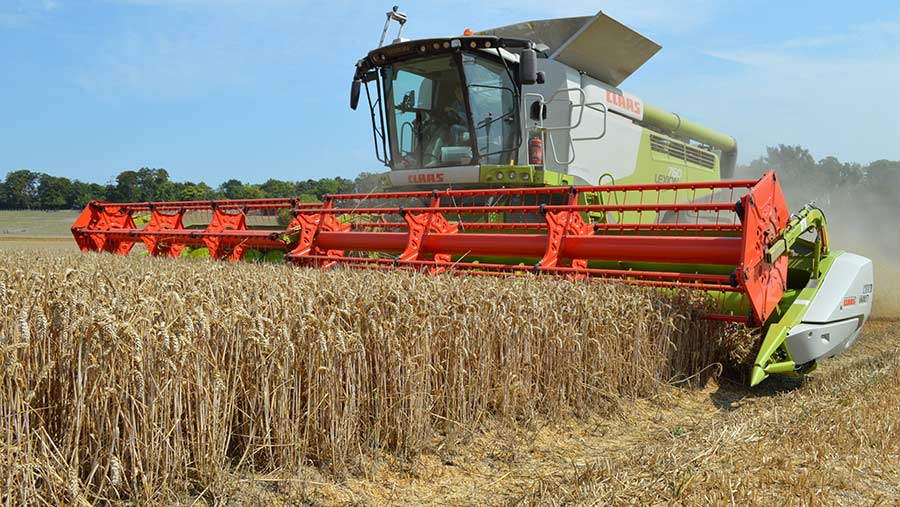 Grain prices are on the rise again as both dry and wet weather work their influences in different parts of the world.

The EU harvest is under way 10-14 days later than usual. This has delayed shipment of new crop supplies into the UK, causing spot premiums to firm as domestic supplies tighten, said ADM head of grain trading Jonathan Lane.

The torrential rain and resulting flood damage in Germany and parts of Belgium and the Netherlands are also affecting prospects in terms of crop losses and crop quality.

Parts of the Black Sea region have also had heavy rain, raising quality concerns, while early yield reports from Russia have led to cuts in yield forecasts.

Traders warn that if the quality of large parts of the mainland European wheat crop are downgraded, this could put pressure on the UK feed wheat market.

US drought in key states

Many key wheat growing states in the north of the US were experiencing some form of drought by 13 July, said the AHDB.

The AHDB said that global supply and demand for maize improved in last week’s US Department of Agriculture estimates, and that while some maize regions in the US are experiencing drought, the top producing states are largely OK at present.