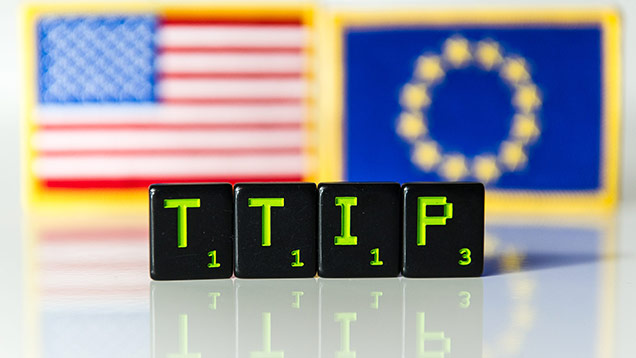 The EU should be able to close markets to specific US agricultural goods if an increase in imports threatened to cause serious harm to domestic food production, say MEPs.

The recommendation was voted through by the international trade committee last week (Thursday 28 May) when discussing how the EU should approach a controversial trade deal with the US – the Transatlantic Trade and Investment Partnership (TTIP).

Negotiators from the EU and US are due to meet again in July and recommendations from the trade committee, once endorsed by the European parliament, will be submitted to EU negotiators.

If TTIP is agreed it will be the biggest ever free-trade agreement between two economies and will cover a wide range of sectors.

There is mounting concern however about how EU farming might be affected by increased imports of cheaper American goods produced to less stringent standards – particularly pig, poultry and beef.

More on how the EU-US trade deal will affect farmers and how each sector could be affected.

To help protect sensitive sectors, the international trade committee urged EU negotiators to “make every effort” to include a “safeguard clause” in the agreement, which would allow Europe to close its borders to particular American agricultural products.

Vulnerable farming sectors should also be treated as “sensitive”, recommended MEPs, because direct and indirect competition from the US could subject EU farmers to “excessive pressure” from more cost-competitive products.

However, the EU’s higher standards of production – such as in welfare and food safety – and the precautionary principle should not be compromised, voted MEPs.

The trade committee’s recommendations still need to be endorsed by the European parliament as a whole, scheduled for a vote on 10 June.

Negotiators from the EU and US have already been through nine negotiating rounds since they opened in June 2013 and are due to re-enter talks in July.

For TTIP to come into force it would need the backing of the European Parliament (made up of MEPs) and the EU Council (made up of ministers from member states).