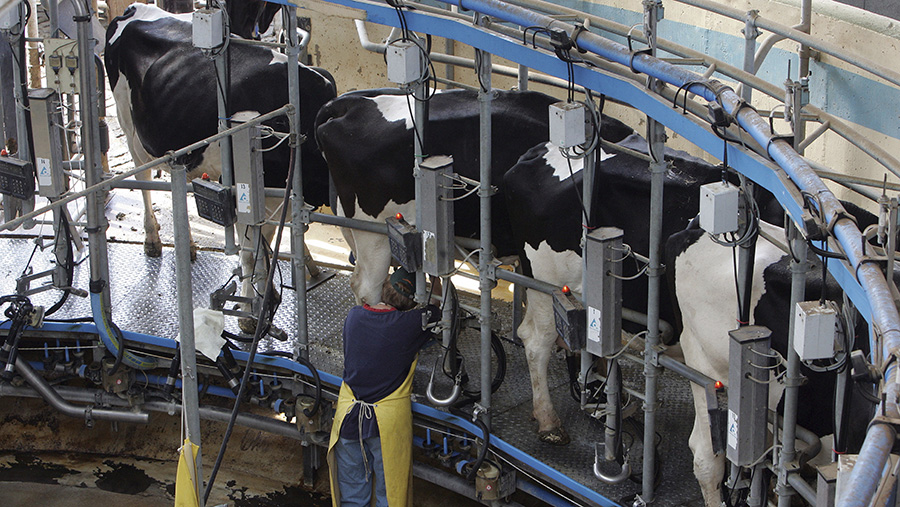 The Ulster Farmers’ Union (UFU) has hit out at the prospect of further milk price cuts pointing out they would be out of kilter with what the market is returning for dairy products.

Speaking after reports that one processor is considering dropping their base price by 1p/litre for March and April, UFU dairy chairman Jonathan Moore said this would mean a price as low as 14.5p/litre for April milk.

“This would be well below the minimum the market is returning. If you take the average price for dairy commodity products relevant to Northern Ireland, it is higher than this. Dairy farmers being threatened with price cuts know that,” he said.

See also: What farmers in other countries get paid for milk

Mr Moore said dairy processors should think long and hard about the implications for farmer confidence if they were considering March and April milk price reductions.

Any price drop would come when farmers were hitting peak milk production and when family farm businesses were already struggling to stay afloat.

We recognise that the supply/demand equation is out of balance, but such savage price reductions are unjustified Jonathan Moore, Ulster Farmers’ Union

“We recognise that the supply/demand equation is out of balance, but such savage price reductions are unjustified,” said Mr Moore.

The warning comes as the European Milk Board (EMB) issued costings which demonstrate how deep the dairy crisis is biting elsewhere in the EU.

The EMB said it milk production costs in January were 44.94c/kg (0.36p/kg), according to data supplied by Germany’s office of rural sociology and agriculture (Büro für Agrarsoziologie und Landwirtschaft). However, the average farmgate price was 28.66c/kg (23p/kg).

It claimed German prices for March have dropped even further, and are now between 21c/kg to 29c/kg (17p/kg to 23p/kg), with only a few smaller dairies paying a higher farmgate price.

The EMB is lobbying for the introduction of Market Responsibility Programme, which would see farmers offered compensation in order to reduce their production for a specified period.

At the same time, a market responsibility levy would be imposed on every dairy farmer increasing production during the period of the scheme.

EU policy measures, such as giving producer organisations and co-ops the opportunity to voluntarily cut their own production, were more of a distraction than a solution, said Mr Schaber.