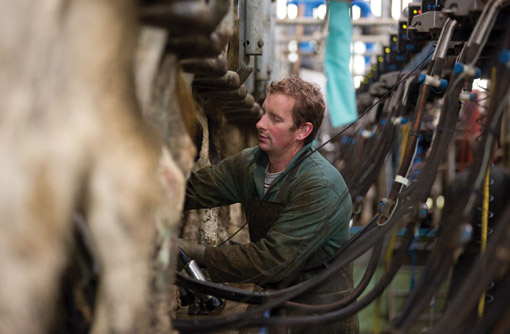 Average farmgate milk prices in “real terms” are similar to those paid to farmers in 1992, according to a DairyCo report.

The record high average price of 30.77p/litre in June – up 0.81p/litre on May – was similar to June 1992 and lower than the spike in prices in 1995-96, once it was adjusted by the Retail Price Index, taking into account the influence of average UK inflation.

“The continued imbalance between demand and available supply, both within the UK and globally, has meant that the upward trend in milk prices has been maintained,” said the report.

“Although actual prices are the highest on record, in real terms they are lower, which may explain why many farmers feel under pressure despite the current high price level.”

As expected, the UK was well below national milk quota levels for the 2012-13 year, figures released from the Rural Payments Agency confirm.