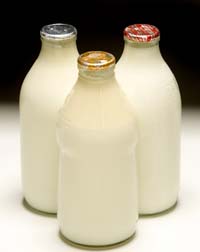 Lack of farmer confidence to invest is one of the main reasons the UK milk supply continues to shrink, despite the higher prices received in 2008, according to a new report from levy board body DairyCo.

The Factors Affecting Milk Supply report explains that milk production reached a 30-year low in the 2007/08 milk year, and this trend is set to continue.

Since 2005, the number of milking cows in the UK has declined by 4.5% to 1.9m, a trend that has been exacerbated by the high price of cull cows and the large number of animals culled due to bovine TB.

While the number of dairy replacements is expected to increase in the next two years, it will not be sufficient to stem the decline in milking cow numbers until 2011. Yields have also started to drop in recent years.

But the report draws particular attention to the low levels of farmer confidence and the lack of willingness to invest. For most of the past 13 years, farmgate prices have been below 20p/litre, and dairy farmers have only made a profit in one of the past six years.

“Dairy farmer confidence increased in 2008, as a result of rising milk prices,” says the report. “However, this was extremely fragile, and with falls in farmgate prices already announced for 2009, this increased confidence will very quickly disappear.”

Huw Thomas, head of market intelligence at DairyCo said most dairy farmers planning to stay in the industry were already operating at full capacity. “To expand their businesses further, and help increase national milk supply, many need to incur significant capital expenditure. But market signals aren’t giving them the confidence to do that.”

Dairy farmers need “fairer contracts and better partnerships”, says the report. But if confidence is knocked and margins become tighter, it is possible that the larger, more business-minded dairy farmers will leave the industry, having a substantial impact on national milk supply.

Industry group Dairy UK agreed that stronger relationships were called for, pointing to dedicated supply chains that have emerged between farmers, processors and retailers. These had protected farmers from some of the recent falls in commodity prices.

Dairy markets were cyclical, it added, and should recover. “The overwhelming consensus is that the industry’s prospects are good, underpinned at the world level by rising population, and at the domestic level by plentiful opportunities to add value to milk in the UK,” said a statement.