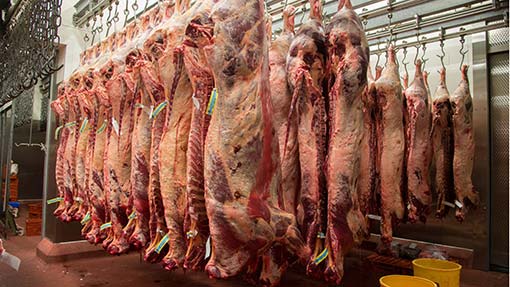 While beef trade to the two main destinations Ireland and the Netherlands have shown decent rises, the fastest growth has been in more unusual European destinations.

See also: French shoppers have a taste for British beef and lamb

In the year to September, shipments to the Czech Republic were up 78%, Germany 19%, Italy 14%, Portugal 48% and Sweden 38%, while exports to Greece have quadrupled.

Further afield, beef and veal trade to Hong Kong totalled 2,854t between Janaury and September – 459% up on the same time last year.

“A key point is that we have also seen a further shift away from carcass shipments to higher-priced cuts which represented 74% of total shipments, compared with around 60% four years ago.

“We will continue to work to create a profitable and sustainable demand for beef and lamb and maximise returns for the industry supply chain through our focus on exporting cuts and making full use of the carcass.”