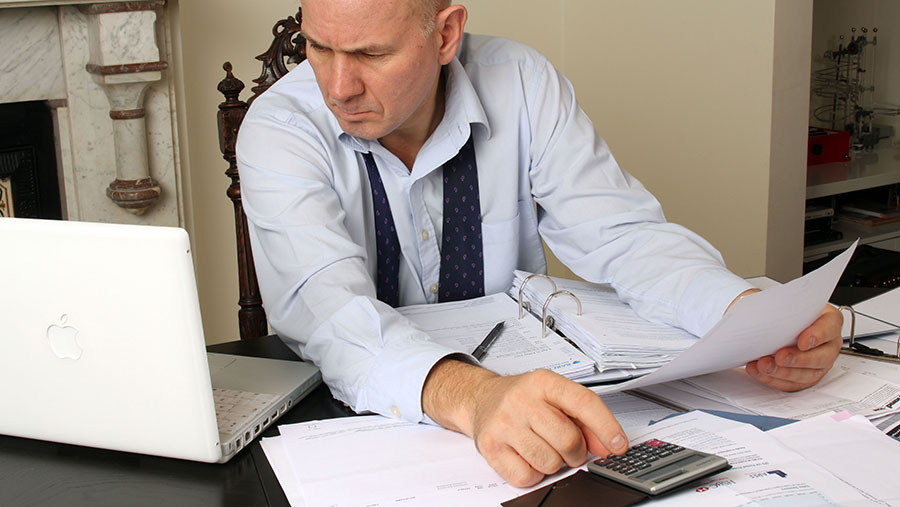 Farm leaders have told MPs there need to be changes in the implementation of Universal Credit (UC) because of the impact on self-employed claimants, such as  farmers, who will be unfairly penalised because of uneven cashflows.

Universal Credit is a single monthly benefits payment aimed at people who are on low incomes or out of work.

It is being rolled out across local authorities and replaces a range of benefits and credits such as child tax credits, working tax credits and income support, which many farming families have previously been able to claim to top-up their incomes.

Giving evidence to the Work and Pensions Select Committee on 17 January, Andrew Clark, NFU director of policy explained the union’s main concerns revolved around the application of the minimum income floor (MIF) as a way of deciding whether someone was eligible for universal credit.

The MIF assumes everyone has earned the equivalent of the national living wage each month when, in fact, farm profitability could fluctuate widely on a seasonal basis and external forces meant in some years no profit would be made.

The MIF will also be applied on a monthly basis, further disadvantaging people with irregular monthly cashflows as it means some months they would qualify for universal credit, but in others they would not.

This is likely to result in a lower payment overall, eroding what should be a safety net for people at times of difficulty.

“The annual cycle of farming is characterised by periods of high income and high expenditure, and it [monthly testing] just does not fit the type of regime that farming has,” said Mr Clark.

“Tax credits allow you to set against your income on an annual basis and look at what you received last year and give you a payment on that basis for the next year.”

Mr Clark told the committee it if the government retained the MIF as a mechanism it would be more appropriate if it was applied to the farming sector on an annual basis.

The government argues the MIF is a necessary anti-abuse measure as it acts as a deterrent for people operating a hobby business and claiming Universal Credit on a long-term basis.

But Mr Clark said a more rational approach to deciding whether someone should qualify would be to devise an annual test of “gainful self-employment”.

“We would rather focus on: ‘Is there a viable business model there? Do you have a convincing business plan?’ and look at that each year.”

In written evidence supplied to the committee, the NFU submitted a worked example of how a typical small livestock farmer could be affected by the minimum income floor (MIF), if it was applied to their Universal Credit (UC) claim.

The example shows a claimant with a gross income of £13,650, but working as a paid employee and therefore getting a regular monthly income, would be eligible for a monthly UC payment of £895 taking their annual net income to £23,296.

However, a farmer with the same level of gross earnings (£13,650/year) might only be eligible for UC in eight out of 12 months because of their fluctuating cashflow and would not be eligible for the full amount in some of those months.

As a result, their total annual net income would only be £18,089 – a shortfall of more than £5,200 compared with the employee earning a regular wage.