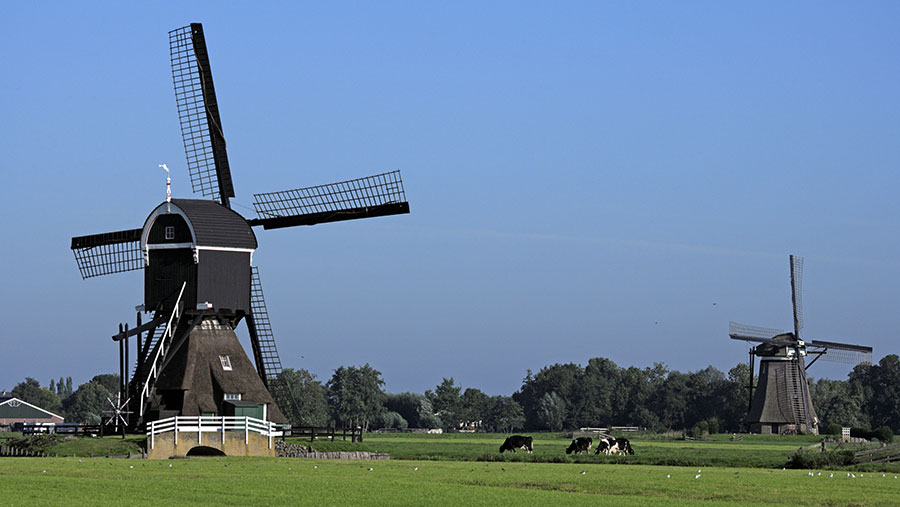 The most expensive farmland in the EU is in the Netherlands, according to official statistics.

Eurostat, the EU’s statistics agency, has released figures which show the national average price of arable land in the Netherlands in 2016 was close to €63,000/ha (£54,800/ha).

Other countries with farmland more expensive than the UK include Italy and Luxembourg.

Within some member states there were regions with farmland selling for even higher prices than in the Netherlands – but for the country as whole the average price was lower.

Data was not available for Germany, Belgium, Cyprus, Malta, Austria and Portugal.

Over the same period the price of arable farmland in Lithuania, Estonia, Latvia and Hungary also doubled.

Annual rents were most expensive in the Netherlands at an average of €791/ha (£688/ha), but the highest regional average in Flevoland, Holland, was almost twice the national average at €1,536 (£1,337/ha) for the year.

Renting agricultural land was cheapest on average in Latvia €46/ha (£40/ha), although the cheapest regions in the EU for renting were Mellersta Norrland and Övre Norrland in Sweden which were both €28/ha (£24/ha).