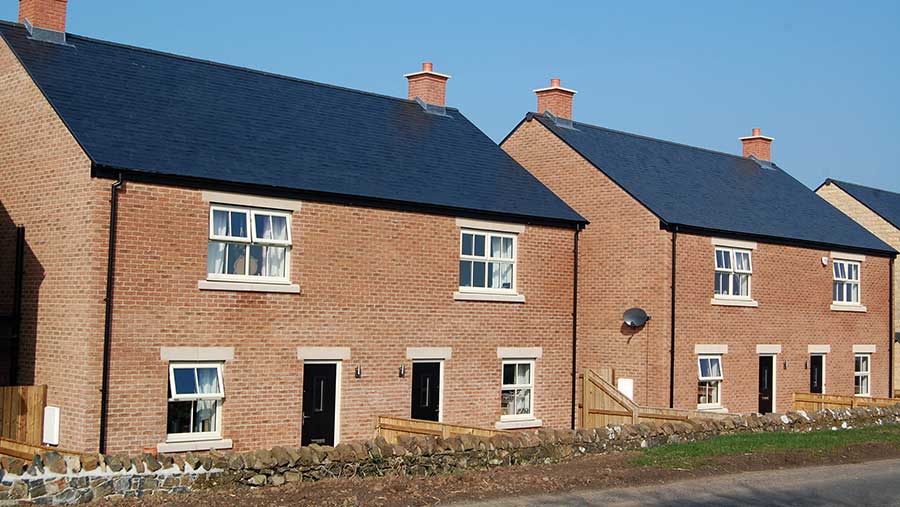 More than one in four CLA members want to build affordable housing. A new way to develop more homes of this type in the countryside is being proposed by the government in the draft revised National Planning Policy Framework (NPPF).

This could help ease the rural housing crisis and financially benefit the landowner by allowing some open market housing on a new designation known as entry-level exception sites (Eles).

These would be for predominantly affordable to rent and own properties for those taking their first step on the housing ladder.

See also: Housebuilding boom – what does it mean for farmers?

This could be a much more effective mechanism to deliver more affordable homes because the policy seems to recognise that a landowner needs more of an incentive to provide land than is offered by rural exception sites.

The proposed Eles will allow more market homes and discounted sale homes to be built and managed by the landowner without the involvement of a housing association.

Currently, one of few ways to meet the affordable housing needs of small rural communities is through rural exception sites (RES).

These are small sites on land not normally used for housing that are built on and managed by a housing association.

Development is also restricted to a small proportion of landowners who can afford to donate or sell land at reduced or agricultural value.

The proposed Eles would make it more commercially attractive for the landowner to release land and deliver a higher number of affordable properties.

Although national policy currently prohibits landowners from letting properties for affordable rent on exception sites, the Bolesworth Estate in Cheshire has successfully worked in co-operation with the local authority to deliver a scheme that offered four open market homes for rent and three for affordable rent.

Providing both a commercial incentive and giving landowners more control to build and manage the properties for sale themselves means they are more likely to pursue development rather than hand over to a housing association.

This could result in more sites coming forward and more affordable homes being delivered across local authorities where the RES policy is not being used to its full potential.

The NPPF consultation closed this week. The CLA will be watching the outcome on the proposed Eles measure and expects the final version of the NPPF to be in place by autumn 2018.