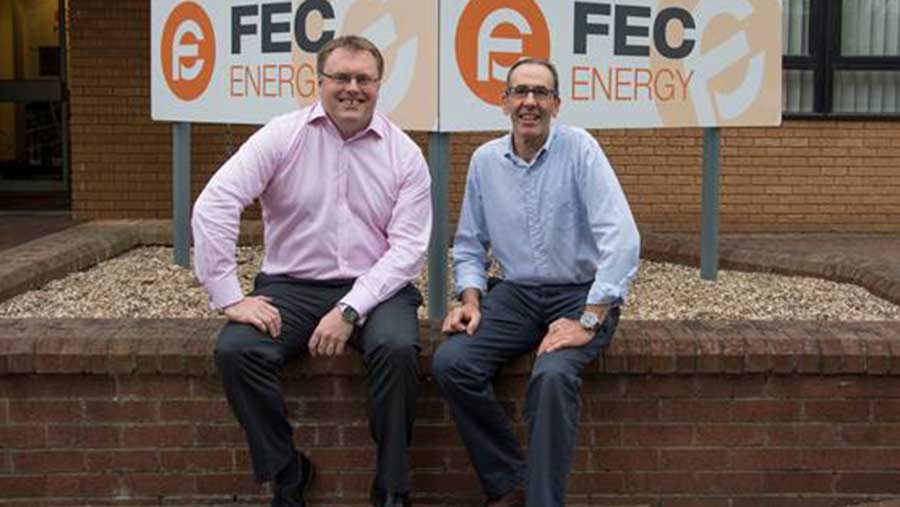 The NFU has announced the purchase of agriculture energy consultancy FEC Energy – once known as the Farm Energy Centre.

FEC Energy is a market leader in the agricultural and horticultural energy industry, providing practical advice and support to farmers and other organisations on issues such as energy efficiency, regulation, buying and selling energy plus heat and electricity generation.

Terry Jones, director general of the NFU, said the deal was an important part of the NFU’s new vision and strategy to deliver for its members, which had been put before NFU Council in June.

“That strategy makes clear that in the coming years we want to grow our non-subscription income, grow our services to members and grow our knowledge and skills,” he said.

“The purchase of FEC Energy is an important first step.

“In addition to receiving an improved energy service the move will broaden and deepen the capabilities of the NFU enabling it to provide new services and products for farmers and growers.

“The purchase will also create a new substantial income stream which can be used to support the organisation’s core work, benefitting our membership as a whole.”

The two organisations are both based on the Stoneleigh Park site in Kenilworth, Warwickshire, and have a 20-year history of working together.

For example, there are currently more than 2,000 sites benefiting from low energy deals found by FEC Energy as part of the NFU’s Energy Service Contract.

In addition, the NFU’s Climate Change Levy discount scheme is run by the company.

For the foreseeable future, the FEC Energy name will remain and the company will continue to operate as a separate entity.

Directors Chris Plackett and Tim Pratt will stay with the business, while Andrew Kneeshaw will take the opportunity to retire and provide consultancy services.

However, no other changes to staff or employment within the business are planned.

FEC Energy said the deal was a strategic move which recognised the increasing involvement of farmers in the energy business.

“Our long-term ambitions are to break down the commercial and technical barriers that stifle agriculture’s influence in the energy sector.

“We’ll be seriously looking at new trading routes for farm energy both within and beyond agriculture, making NFU members an even greater influential force in the energy arena.”

From FEC Energy’s business perspective, being part of NFU would also massively increase its commercial exposure and enable it to use the union’s significant buying power to strike even better deals with suppliers, it added.

The financial details of the deal have not been released.