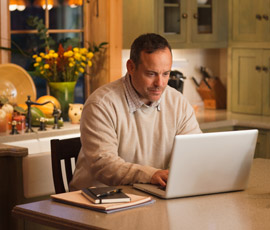 NFU Cymru has welcomed a report published by the House of Commons’ Welsh Affairs Committee into broadband services in Wales.

The report emerges following an enquiry, which begun last year and involved written and oral evidence presented from a number of witnesses including NFU Cymru.

“We very much share the committee’s view that the eradication of broadband not-spots and slow-spots in Wales must be a priority for the Welsh and UK governments, and that the delivery of superfast broadband should not come at the expense of ensuring that those without a basic broadband service are provided for,” said NFU Cymru assembly adviser Huw Thomas.

“The report acknowledges that the digital divide is getting wider, and while people in some locations can now look forward to ultrafast broadband, there are 90,000 homes in Wales without access to broadband altogether, the majority of which are in rural areas.”

“I realise that there are cost savings for government from going down the digital route, but it is wrong to compel people to go down this road particularly when it is often the case that broadband is not available, or what is available is below par,” said Mr Thomas.

“NFU Cymru acknowledges that in rural areas the challenges of delivering broadband are often greater than they are in more densely populated urban areas.”

It was vital that the extra £300m government funding to support broadband provision was used to connect the most rural areas and providers needed to co-operate to deliver the best possible service for end users, he added.

The issue of broadband in Wales was highlighted by the CLA at the Royal Welsh Show in July this year.