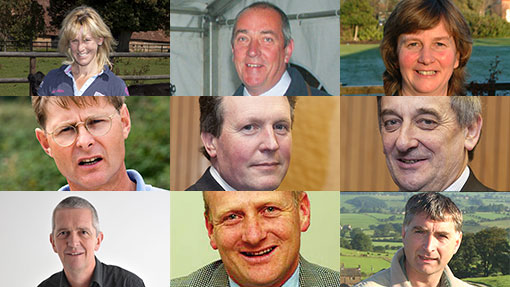 Hustings for the 2014 NFU leadership election take place next week, giving union members the opportunity to quiz the candidates about their policy priorities.

Open meetings will take place in every NFU region, with candidates required to make a short presentation and then answer questions from the floor.

There are nine candidates vying for the three officeholder positions of president, deputy president and vice-president.

They will be elected by the union’s ruling council, which has about 80 members, at the end of the NFU Conference on 26 February.

However, a new voting system has been introduced this year to make sure that votes are weighted according to the size of the membership of each county.

This change has been introduced because it was thought to be a fairer and more proportionate system.

You can watch a video from each of the candidates below. To find out more about their background and priorities you can also read Farmers Weekly’s guide to the runners and riders .

Which way would you vote?

While most NFU members won’t be able to vote directly they can influence their council representative. Please indicate which candidate you would choose for each of the three positions.