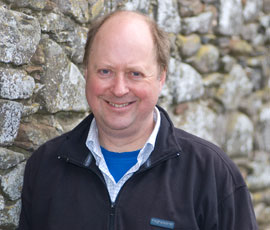 Fears over delays in the implementation of new CAP support arrangements have prompted NFU Scotland to appeal to the Scottish Government to put contingency plans in place immediately.

NFU Scotland president Nigel Miller has written to Scotland’s rural affairs secretary Richard Lochhead asking him to make provision for what he described as “likely delays” in agreeing new arrangements.

Mr Miller claimed there was a “realistic expectation” that the timetable would slip for CAP reform, the development of a new main support scheme for Scotland and the creation of a new rural development programme to deliver Pillar Two support.

Speaking at a Royal Highland Show press conference, Mr Miller added: “With negotiations stalling in Europe because of economic uncertainty, and the new CAP unlikely to be introduced before 2015, we are looking for the Scottish Government to help build some reassurance for Scotland’s agricultural industry.

He added: “The level of change that many businesses now face because of delays is substantial.  However, by ensuring a smooth move from the [historic receipts based] single farm payment to an  area based payment system and committing to a transition package for Pillar 2 schemes, in particular the Less Favoured Areas Support Scheme, the impact of change can be managed.

“In addition, we would want to see development of a national reserve at the earliest opportunity so that those businesses – new farming entrants or those frozen out of existing support arrangements – do not have to wait another three years for the opportunity to operate on the same level as other businesses.”