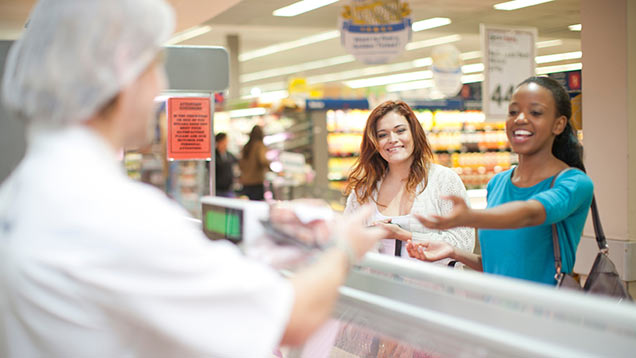 Farmers have urged supermarkets and foodservice firms to up their game in sourcing British lamb.

The NFU has singled out the Co-operative, grocery supplier Brakes, Waitrose and Sainsbury’s for praise in supporting UK sheepmeat.

In May, NFU president Meurig Raymond wrote to all the major retailers and catering companies asking them to spell out their sourcing policy.

NFU livestock board chairman Charles Sercombe said he was pleased with the progress from some firms.

He said he wanted more openness about when each supermarket’s British season started and ended, more direct contracts for farmers, plans on developing new products and carcass balancing, and clearer labelling with the Red Tractor logo.

“Other retailers and foodservice companies really need to up their game,” Mr Sercombe said.

“Grass-fed British lamb is now at its best and in plentiful supply and we urge all companies to give great British lamb pride of place on British shelves.”

Brakes has told the NFU all its fresh and frozen lamb would be British Red Tractor assured by the end of July.

“Grass-fed British lamb is now at its best and in plentiful supply and we urge all companies to give great British lamb pride of place on British shelves.”
Charles Sercombe, NFU

The Co-operative has also brought forward its “truly irresistible” lamb supply by two weeks, after farmers’ concerns about this year’s early season.

Mr Sercombe said Sainsbury’s were working with a bigger lamb supply group and Waitrose were working closely with farmers to develop a product shoppers wanted.

The UK always imports lamb in the early part of the year, while British new season supplies build up.

But this year shipments from New Zealand were particularly high, due to the strength of sterling and a southern hemisphere drought leading to an earlier lamb kill.

In March, UK imports of mutton and lamb were 35% higher on the year, with New Zealand volumes up 52%.