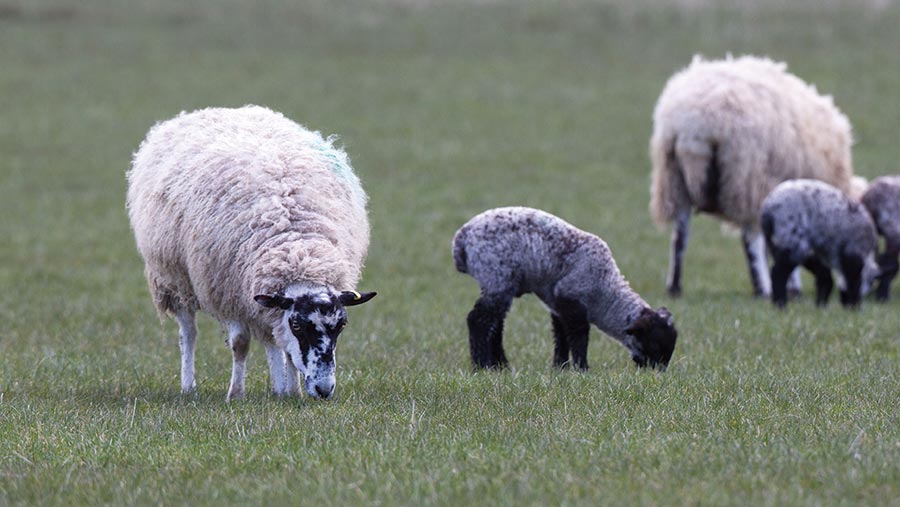 Big changes to agricultural support combined with the UK’s exit from the EU are likely to result in a smaller, more productive, sheep industry and tough choices for many producers over coming years, says Andersons consultant David Siddle.

Many sheep systems are currently unable to produce a profit without direct support, so the phased withdrawal of the Basic Payment in England by 2027 means those unable to produce positive returns from the market are increasingly likely to fall by the wayside, he warns.

The Scottish Government appears to favour less radical change. “Maintaining levels of production and providing income support where necessary seem to be important. Sheep farmers on either side of the border could therefore face diverging economics post-2020.”

The UK sheep industry is heavily reliant on European trade, so Brexit will have a big impact; more than 30% of UK production is exported, and more than 90% of that is to the EU.

“The effects on price of additional costs to access – or a loss of – these markets is a significant concern,” says Mr Siddle.

A “soft” Brexit and bespoke free trade deal, giving continued, relatively frictionless access to European markets, is likely to result in business-as-usual, at least for the next couple of years, until changes to farm support kick in, he explains.

However, a “hard” Brexit adoption of WTO trading conditions and loss of European markets would put downward pressure on prices of possibly 20-40%, leading to a fall in breeding sheep numbers and downsizing of the industry, he warns.

Some may question why domestic production can’t just replace imports post-Brexit, but Mr Siddle says the UK’s seasonal production profile makes it hard for this to happen.

“Most lambs produced each year are marketed during July to December, when reliance on exports becomes particularly acute. Imports fill the void in the first half of the year when home supplies are limited until new season lambs reach the market in significant numbers.

“It is often said new production systems should be developed to produce a more level supply through the year. However, this would clearly come at a cost.”

Production costs are coming under greater scrutiny in the sheep sector and Mr Siddle believes producers of the future will be those who develop efficient systems that optimise productivity from a low cost base.

Analysis clearly shows the lowest costs of production – and hence most competitive businesses – are those that make the best use of forage (typically grazed grass), labour and concentrates.

“It seems unlikely that more expensive systems producing lambs outside the forage-growing season will be able to secure a sufficiently large price to make them economic.”

Selecting animals with proven superior genetics and which can achieve better performance, while exhibiting traits that make them easier to manage is an obvious choice, Mr Siddle adds.

Rigorous culling of breeding stock for ease of lambing, mothering ability and lamb vigour also makes a clear difference on many more progressive farms, cutting labour costs and allowing those involved to work smarter rather than harder, he says.

Much is still up in the air regarding Brexit, trade deals and negotiations at the time of writing.

However, with about 30% of UK sheepmeat production exported to the EU, Brexit could potentially have a big effect on lamb demand and prices this year, depending on the outcome.

Heading into the spring, vets will be urging extra vigilance on biosecurity and hygiene to reduce antibiotics, particularly in housed lambing systems.

Farmers are becoming more confident in cutting back on oral antibiotics for newborn lambs. Cleanliness and colostrum are big factors in achieving this – look out for the #ColostrumisGold campaign.

Easter is later this year (21 April) and Ramadan is early (5/6 May), which could strengthen prices as there are far fewer carryover lambs after last year’s difficult lambing and the “Beast from the East”.