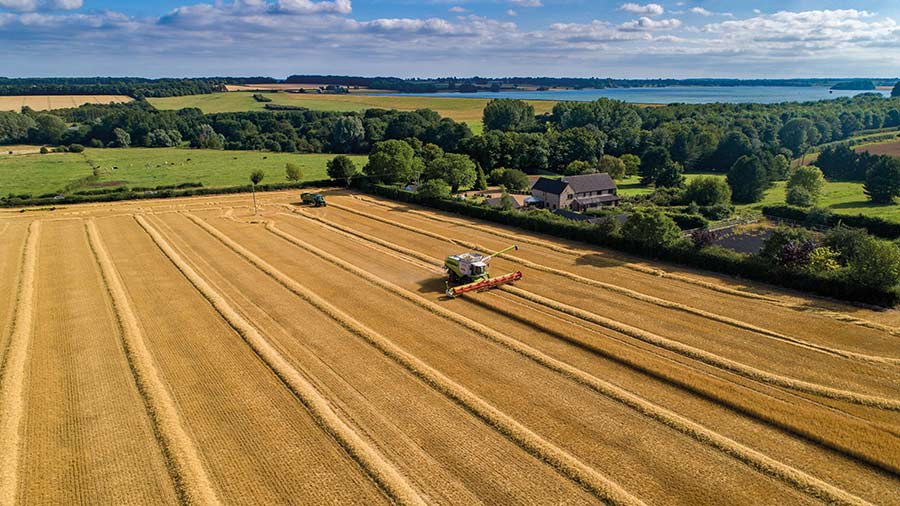 The phase-out of the Basic Payment Scheme (BPS) is set to have a huge impact on farm incomes across England.

After the first cuts this year, farm businesses face the loss of at least half their annual basic payment by 2024 – with the whole lot gone by 2028.

See also: Exit scheme – how farmers should prepare for 2022

The impact on farm profitability will be significant. Yet one in three farmers has done nothing to prepare for the reduction in revenue.

Incomes will be down by as much as £230/ha, say farm business consultants.

BPS funding currently represents some 58% of profit across all farm types – with sectors such as grazing livestock performing significantly worse.

Efficiency gains will go some of the way to reduce the impact of these changes.

But farmers hoping to replace lost BPS income with payments from the forthcoming Environmental Land Management (ELM) scheme will be disappointed.

It’s not just the system that’s changing, it’s the amount of money too, says Richard King of consultant Andersons.

“The funds being granted will fall, and claimants will have to do more to access the money that is available – so profit under these will be lower,” he warns.

This means farmers wanting to stay in business should thoroughly investigate alternative income streams and expansion opportunities. Others will need an exit strategy.

“If you’re up for the challenge that the next five to 10 years will bring, you need a plan to prosper through the transition period.”

Can you replace lost BPS income?

New support schemes are being phased in as the Basic Payment Scheme is phased out.

The Environmental Land Management (ELM) scheme is scheduled to be fully up and running from 2024.

It will have three levels – and the entry-level Sustainable Farming Incentive is due to open next year following a pilot launch this autumn.

Further details are awaited – but it is already clear that ELM will not fully replace lost BPS income.

To develop their plan, farmers should step back and review their business performance, says Richard Means of Ceres Rural.

Benchmarking can provide a good basis for decision-making and reveal whether your business is in the top 25% of performers.

“Whether you’re considering new opportunities or changes to the existing business structure, it’s much easier to do this with current performance in mind,” says Mr Means.

“Reducing costs is a priority for most, whatever your enterprise mix, but any changes must be introduced in such a way that margins are maintained. Be cost appropriate.”

With the first details on the Sustainable Farming Incentive now available, in-field practices which increase soil organic matter could earn farmers about £70/ha from next year.

“They also help make soils more resilient, which reduces risk, allows for lower input use and paves the way for ELM and potentially future carbon sequestration payments. It makes sense to look at this.”

Whatever adjustments need to be made, having the right team is essential.

“People make the difference. Having a motivated, enthusiastic team is so important where new techniques or sweeping changes are being introduced.”

Other key areas for farmers to focus on include:

Nature recovery is a requirement for future success, with environmental schemes expected to be a significant source of income, says Henry Barringer of Savills.

Countryside Stewardship is already proving to be an attractive option for the transition period – providing guaranteed income and coming with an early break clause for ELM.

Farmers yet to enter the scheme, have until 2023 to introduce management options and see whether they deliver – and investigate how the new schemes will provide access to public money.

“Start by recording what you have on-site in terms of habitats and key species,” advises Mr Barringer. “Baseline data is helpful in understanding what you already have, allows you to target opportunities and take advantage of funding.”

“Options such as AB15, SW3 and AB9 can all have a higher gross margin. They also bring huge environmental benefits and increase in-field operational efficiency.”

The transition period is a good time to explore machinery sharing and other collaborative projects with neighbouring or like-minded farmers, says Gary Markham of Land Family Business.

Most farm businesses will benefit from some form of collaboration, he says. Doing so can bring financial efficiencies and social benefits at a time when they are needed most.

“Machinery capital is one of the largest costs on arable farms – so it makes sense to be part of a machinery syndicate. Often having a share farming agreement on the cropping is also a good idea.”

Mr Markham believes BPS loss will force collaboration. “It comes in many guises. It’s not just about making better use of machinery and labour, it can also give you access to other expertise, skills and assets.

“There’s also the option of getting together to produce public goods at a landscape scale.”

The wellbeing aspect of joining forces with others shouldn’t be overlooked at a time that farmers are having to cope with unprecedented change and disruption, adds Mr Markham.

Profits from diversification can be significant and make the difference between a farming business making a profit or a loss, says Jonathan Armitage of Strutt & Parker.

Figures show that arable farms are making as much as £120/ha from diversification, he adds.

For most farm businesses, diversification opportunities come in two forms, both of which can be exploited to grow profits and spread risk.

“The first of these is creating more from existing assets, such as buildings,” says Mr Armitage. “The second is when diversification becomes a business in its own right.”

This latter approach can take time to bring a profit and won’t necessarily be a quick win, given the short timescales before BPS is phased out completely by 2028.

“Diversification isn’t for everyone. You need the right skills, assets, capital or location to make it work. Where it does, the profits can be significant.”

What about new income streams?

Carbon and biodiversity offsets are being talked about for their future money-making potential, while incentives for woodland creation already exist.

But there is limited scope to sell carbon sequestration at present – other than the Woodland Carbon Code.

One of the key issues is the lack of an agreed standard and methodology for calculating carbon emissions and savings from farming.

“The noise is very loud, but there’s not much business activity,” says Jonathan Armitage of Strutt & Parker. “By all means start to explore opportunities, but also look to become carbon neutral first.”

Biodiversity net gain – where habitats are created to replace those lost to development – will be good business for some and can be provided off-site but must give a 10% net gain in biodiversity value.

Farmers and landowners who undertake to do that enter into long-term management agreements to provide biodiversity by creating woodlands or other wildlife habitats.

It has a minimum size of 1ha, higher payment rates and faster funding decisions – all better than options offered under Countryside Stewardship.

“If you’re registering woodland with the Woodland Carbon Code to generate carbon credits and develop a new income stream, you must do that before planting takes place,” says Ms Gosling. 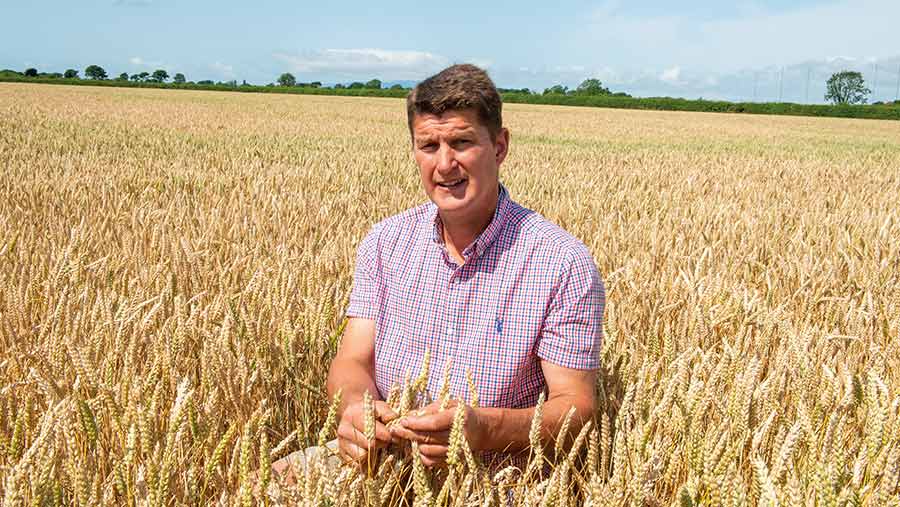 His action plan includes looking at other sources of income, including from diversification.

“The Environmental Land Management scheme won’t enable us to recoup those losses,” says Mr Hodgson. “I am really concerned that it will be too onerous.”

Payment rates under the SFI – the first tier of ELM – are likely to be too low to be attractive, he adds.

“We have been invited to apply for the pilot SFI, and they have announced some figures. But I am concerned about how achievable it will be and the payment rates.

“I think we will still be short of about half our basic payment and we won’t be able to recoup the rest.”

Getting out of farming

The government plans to offer a lump sum exit scheme to farmers who want to retire from 2022.

The scheme will offer farmers the chance to take a lump sum in place of any further BPS payments up to a maximum of £100,000. Those who take it must stop farming.

But only 15% of respondents to the Farmers Weekly “Future of farm payments” survey said they would be interested in the scheme.

And consultants suggest that simple maths means it is unlikely to appeal to farms larger than 183ha.