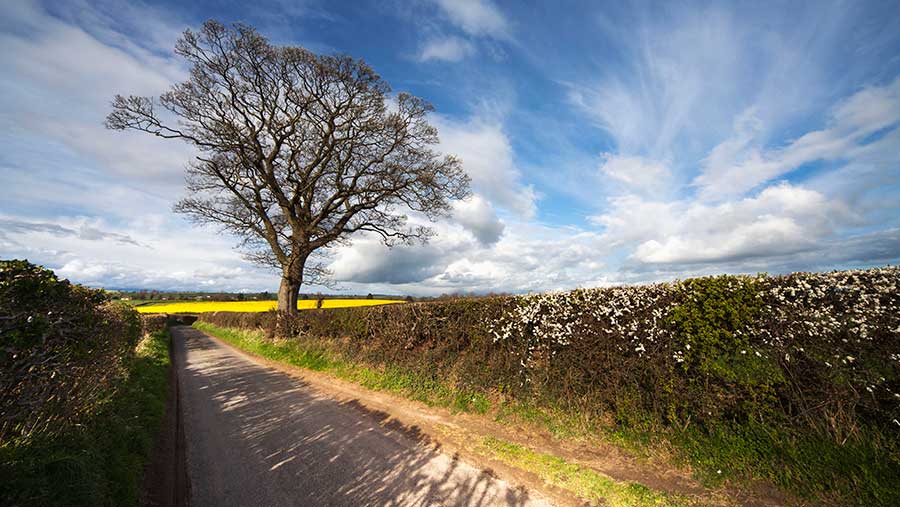 A deluge of RLE1 forms and sketch maps is on its way to the Rural Payments Agency (RPA) as a result of significant errors on digital maps, farmers have warned.

The agency has published updated guidance notes after farmers reported they were finding  significant errors in the details held on the hedges on their farms.

Many have found their hedges are not appearing, or other boundaries such as walls and fences have been mistaken as a hedge.

Other farmers are finding substantial errors in the details of their land parcels, as a result of a massive remapping exercise carried out in the second half of last year.

One farmer, who has supplied evidence to an Environment, Food and Rural Affairs Committee inquiry into the work of the RPA, said he was dealing with “dozens of mapping errors” on his 2018 application as there had been changes on 100 of 130 land parcels.

“Many fields now have the wrong boundaries, several have been amalgamated or split, making a mockery of the maps I have had since 2005, which were largely accurate due to the many hours I spent at that time ensuring that the Rural Land Register had recorded my fields correctly,” he said.

In its written submission to the same inquiry, the Game & Wildlife Conservation Trust said that the need to correct errors through the RLE1 process was laborious and time-consuming, leading to loss of income and frustration.

It also criticised the agency for insisting everything was mapped to four decimal places.

“There is no other operation which requires this level of accuracy beyond perhaps by the military to precision guide missiles to targets,” it said.

The agency has said the priority is to make sure that information is correct for farmers wanting to use hedges as environmental focus areas, or if they are submitting a Countryside Stewardship (CS) claim or application.

It is asking farmers to send in their Basic Payment Scheme (BPS) or CS claim on time, making sure it is accurate and reflects what it on the ground.

However, farmers are also being asking to send in RLE1 forms and sketch maps correcting the digital maps by 6 July.

Richard Wordsworth, NFU senior adviser on BPS, said the NFU welcomed the additional guidance which clarified the circumstances under which it was important to correct errors in hedging data.

“Our concern, as with the existing ongoing mapping changes seen, is the RPA dealing with the ensuing challenges where land has not been mapped correctly.

“Time will tell as to the impact of this additional mapping challenge activity on RPA’s resources and the delivery of prompt BPS 2018 payments from 1 December in eight months’ time.”