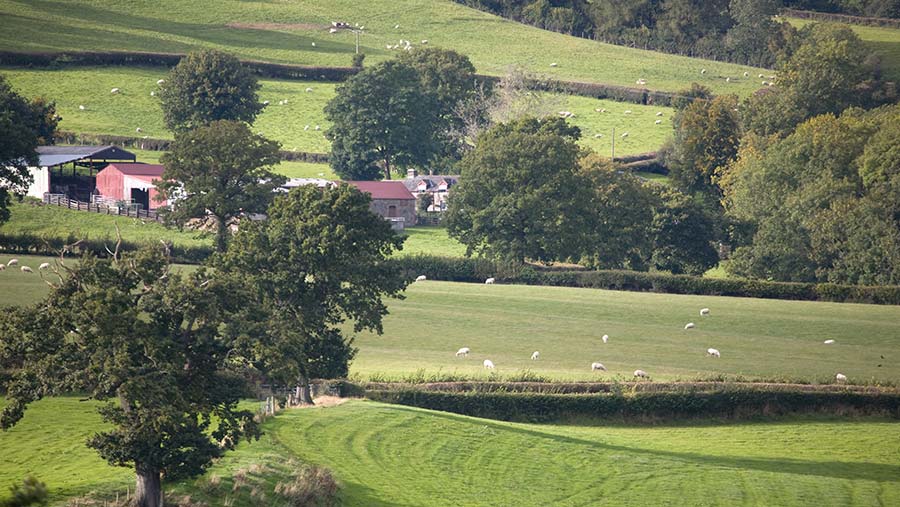 Basic Payment Scheme (BPS) entitlements have only seen a slight fall in value on the year despite the prospect of direct payments being phased out, according to brokers.

Deals are starting to pick up since last week’s announcement that farmers can now make online transfers of entitlements and land parcels for 2020 claims.

Emma Smith, chartered surveyor for H&H Land & Estates in Carlisle, said while prices might be slightly lower than last year’s average of £120/ha plus VAT, she was not expecting a dramatic fall.

She pointed out that last year each entitlement generated an income of about £230/ha, with payments for 2020 expected at similar levels.

“All regions are an excellent investment with money being recovered in the first claim year once purchased, so return on investment is very quick,” she said.

Price is a ‘no-brainer’

Mr Potter urged farmers who need entitlements this season to consider getting a deal agreed early, rather than taking a risk and waiting to see if prices fall back.

“You take a chance if you wait until the end of the season, as it can be very all-or-nothing. If you want to be safe, why not put it to bed at £100/ha?”

BPS could be around for up to seven years

Hugh Townsend, of chartered surveyor and advice firm Townsend Associates, said prices in England were marginally down on the same period in 2019, but not by much.

There was still “a long way to go” in working out the details of the new Agriculture Bill, and while it looked like BPS payments would diminish in value over time, they could be around for up to seven years, he said.

SDA have been selling at £200/ha plus VAT for mid-sized lots, while moorland is available at £45-£65/ha plus VAT, depending on lot size.

Land in Scotland and Wales