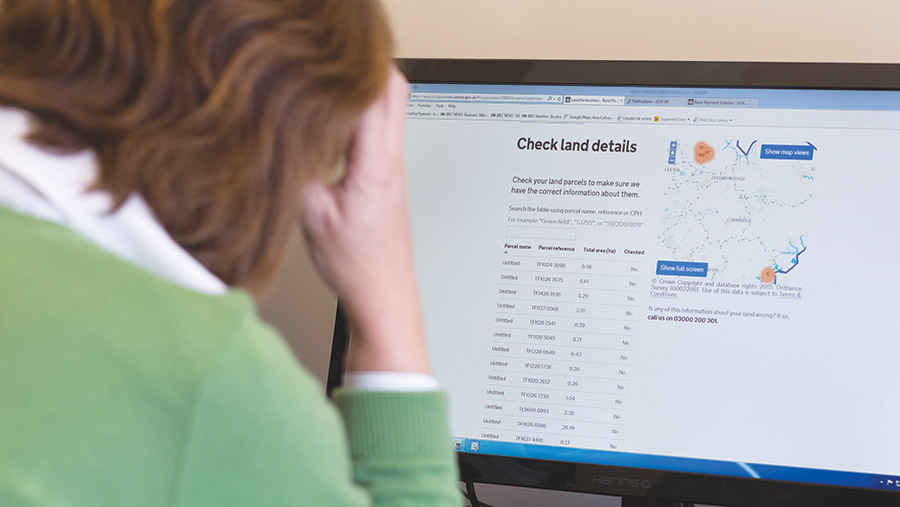 Farmers have been sent a confusing email from the Rural Payments Agency (RPA), which gives no clear indication of when they will receive their basic payment.

Entitled “Basic Payment Scheme: an update on payments”, the email states: “If you have recently received your BPS 2017 payment, please ignore this letter.

“You should receive a remittance advice shortly, if you haven’t already, followed by a claim statement showing how your payment has been calculated.”

The letter warns claimants that some claims will typically take longer to complete – such as cross-border claims, farms that have been inspected, some commons, and complex claims.

It states: “Unfortunately, there are some circumstances where we may not be able to make payments by the end of December, and so we are writing to let people know what to expect if they are not paid.”

The RPA says it recognise that some farmers may be experiencing extreme financial difficulties – and it urges struggling farmers to seek out farming help organisations.

NFU vice-president Guy Smith, who farms near St Osyth, in Essex, was among those farmers who were sent the email this week.

“What causes anxiety for farmers when it comes to BPS payments is not just the lack of money but the lack of information about when they will be paid.”

He took to his Twitter account (@essexpeasant) to complain that the RPA email does not tell farmers anything about the status of their claim.

Just had an email from the RPA about when I’m going to get paid ( although they admit they don’t know if I’ve been paid – I haven’t). It leaves me absolutely no wiser. C’mon @Ruralpay this stuff helps nobody and inspires no confidence. We need communication not obfuscation

Farmers who also received the “letter of doom” accused the RPA of a “serious lack of communication and competence”.

On Wednesday (20 December), however, the RPA emailed a payments update to Farmers Weekly.

It confirmed that more than 71,000 farmers – representing about 84% of eligible claimants in England – had now received their 2017 BPS money. These payments are worth about £1.3bn of the estimated £1.8bn BPS pot for England.

Mr Smith said: “The good news is we think the RPA is still on track to pay 90% by the end of December but we are unhappy the 5-10% are going to be kept in the dark and won’t be getting bridging payments in January.

“We are also worried people who will be paid in December have unnecessarily been alarmed that they might not.”

Further payments for farmers are expected this week and next, the RPA said. Additional updates on figures will be made in due course and shared on Gov.uk.