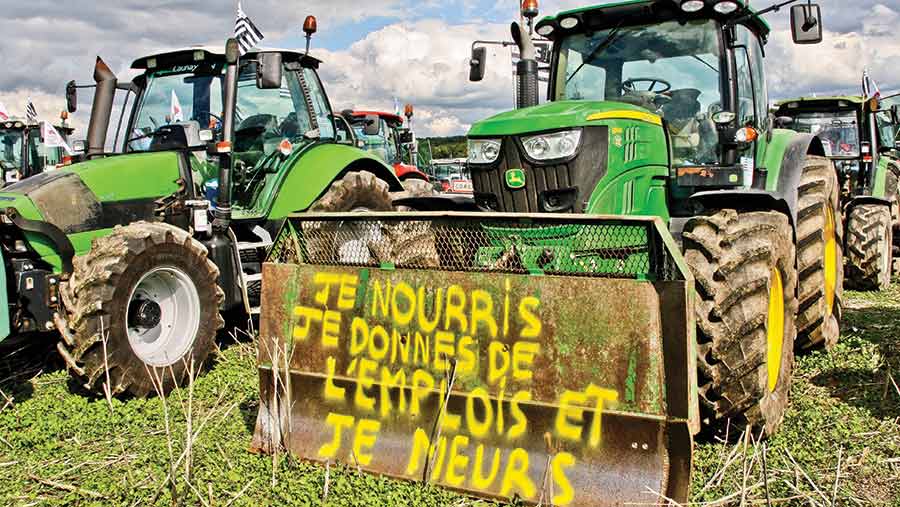 French and Irish farmers have been paid up to 70% of their direct payments early, leaving British farmers at a competitive disadvantage.

Low farmgate prices continue to pile on the agony for UK producers, but over the Channel, farmers in France are already benefitting from early Basic Payment Scheme (BPS) payments.

The French government has taken advantage of a partial relaxation of rules by Brussels and paid €3.2bn (£2.3bn) to 189,200 farmers – six weeks ahead of the usual opening of the payments window on 1 December. The second instalment will be paid from December.

See also: How to plan for a late BPS payment

Meanwhile, it is understood the Netherlands is also considering making early payments.

But Defra and the devolved administrations in Wales, Scotland and Northern Ireland have all ruled out payments before 1 December. Instead, they have pledged to pay farmers as soon as possible after that date.

The NFU said news that farmers in France had already received 50% of their payments would frustrate British farmers.

“The NFU called on Defra last month to take up the opportunity to make an early part-payment but we were told it would be better for the Rural Payments Agency [RPA] to work to making a full payment in December and January. The pressure is now on them to make sure they deliver on this promise.”

Mr Smith warned of the devastating effect that delayed payments would have on the 88,000 farmers and agents in England who submitted BPS claims this year.

“Farmgate prices are at rock bottom and many farmers will be borrowing money,” he said. “If they have put £20,000-£40,000 in their cashflow and it takes two to three months to arrive, it will place strain on overdrafts.

“This money does not sit in our bank accounts. It goes straight back out to the rural economy or is used to pay for bills or farm fertiliser orders.”

The NFU has been talking to banks to encourage them to allow a “no-strings-attached” overdraft provision to help cash-strapped farmers this winter.

The RPA said it was on track to deliver payments on time in England. Its customer director Justin Chamberlain said: “We understand how hard-pressed farmers are and how important prompt payments are to them.

“We have input the vast majority of all claim data into the Rural Payments system and we are now working on land and entitlement transfers.

“We are on track to start making payments from December, with the majority before the end of December and the vast majority by the end of January 2016.”