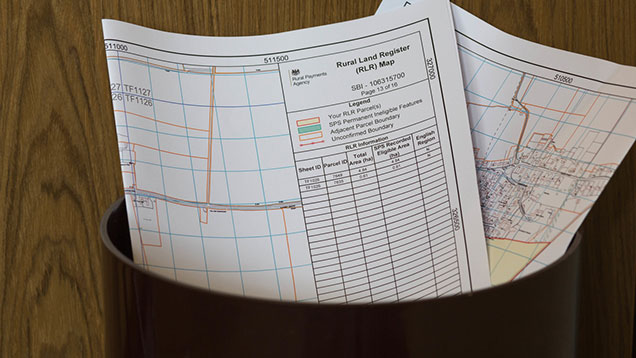 Mistakes to farm payments are more likely in the wake of Defra’s decision to revert to paper-based applications, the government’s financial watchdog has warned.

But reverting to paper-based applications has increased the risk of mistakes as farmers’ details are transferred to computer, says the National Audit Office (NAO).

“Compared to a fully implemented online system, this carries a higher risk in relation to manual data entry errors and claims being calculated incorrectly,” warns an NAO report, which says the new CAP system is also more complex than the one it replaces.

Defra has been been fined a total of £642m by Brussels in relation to the department’s poor administration of CAP payments since 2005, according to the NAO’s Managing disallowance risk report published on Monday (13 July).

As part of its reform agenda, Defra has brought in a CAP delivery programme to introduce a new IT system for processing claims in England.

But the programme remains behind schedule despite the reversion to paper-based applications so farmers could submit claims on time.

NAO head Amyas Morse said Defra had made progress over the past year in its approach to managing the level of penalties.

“Farmers and landowners have found the application process particularly challenging this year after Defra needed to switch from online to paper forms fairly late in the process, but responded well under pressure.”
Ben Underwood, CLA

But he added: “Problems giving rise to financial penalties are persisting and there are additional risks arising from the more complex CAP 2015-20 scheme.”

The Country Land and Business Association (CLA) said the government must learn lessons from past problems to ensure payments were made on time.

CLA eastern region director Ben Underwood said: “The rules can be complex, but it is important for everyone – both in the countryside and in towns and cities – that such a critical process is administered as successfully and efficiently as possible.”

Mr Underwood added: “Farmers and landowners have found the application process particularly challenging this year after Defra needed to switch from online to paper forms fairly late in the process, but responded well under pressure.”

MPs are following the situation closely. Conservative MP for Tiverton and Honiton, Neil Parish told the BBC’s Farming Today that an inquiry into the RPA was likely to be one of his first as chairman of the influential House of Commons Environment, Food and Rural Affairs Committee.

Defra said it planned to reduce the level of fines by the improved use of satellite technology and aerial photography to meet EU mapping requirements.

Reducing the complexity of the CAP was a key priorities that it continued to push for at EU level, it said.