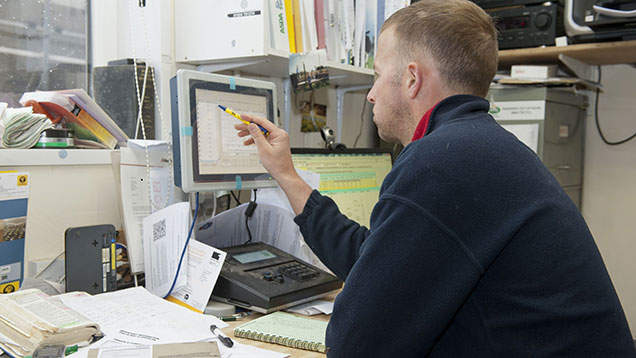 Farmer frustration is mounting over the slowness of the Basic Payment Scheme system.

Farmers and agents have continued to report issues on Defra’s CAP delivery programme blog about the system, with many left unable to change incorrect land parcels or update their maps.

In a further blow, the blog stated on 19 February that the system would be shut down this Thursday (26 February) for up to five days to allow IT staff to add features.

In addition, it warned that service users could experience some issues in the days after the system is restored.

One frustrated grower accused Defra’s CAP online system of being in turmoil after spending over 16 hours attempting to verify his fields – a job he was told by the agency should take a matter of minutes.

Buckinghamshire farmer Brian Rumbold said that as well as dealing with a slow system, at one point he was bizarrely forwarded from his field maps to a page on the Scottish Rural Payments website.

“The system’s in disarray,” said Mr Rumbold, of Bryerley Springs Farm, Great Brickhill. “It’s not set up to cope with the number of people who want to use it.

“It either runs really slowly, or it freezes. When I tried to confirm my field sizes I got forwarded to the Scottish Rural Payments website, and then I got stuck on that page.

“I phoned the RPA for the fifth time and was told I wasn’t doing it correctly, and then when the lady tried the same thing, it happened to her.”

Mr Rumbold, who grows 105ha of permanent pasture for haylage, said he was worried that he was going to run out of time to edit his details and risk facing a fine.

“In the spring I want to be out fertilising and spraying, not sitting in the office trying to do this. If we are weeks away from having a system that works we are going to be in trouble.

“I’m no idiot when it comes to using computers and I can’t get around the system. I dread to think what it will be like for people who aren’t confident at working with them.”

“When you try to claim land the system’s badly designed and gruesomely slow,” he said. “The scale on the mapping tool isn’t great and when you draw something and click continue nothing happens.

“If you multiply the number of fields left to verify by the amount of time available [before the 15 May submission deadline] it’s just not going to work.

“We are having to catch up on claims using paper versions and then hoping that we will have a working online system later, because at the moment we are wasting time on that website.”

Defra is urging farmers trying to apply for the new BPS to be patient as it attempts to iron out further glitches with its online application system.

Glen Portman from Defra’s CAP delivery programme said the department would be making improvements to the system over the next few days in an attempt to resolve issues with the speed of the site.

Defra appreciated farmer feedback on the service and asked users to bear with the system while improvements were being made.

The department had had no other reports of the website jumping to the Scottish Rural Payments Service and would investigate the issue, he added.