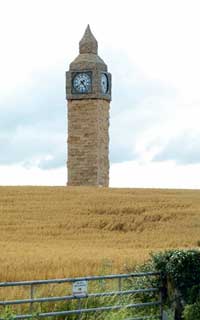 The General Election will take place on Thursday 6 May, Gordon Brown has announced.

It is expected to be the closest run election since the hung parliament of 1974.

Agriculture spokesman from the three main parties in England have set out their stalls knowing that any of them could take a seat in the next Cabinet if the outcome of the vote is a hung parliament.

Below Farmers Weekly has listed the policies of the three main parties – Conservative, Labour and Liberal Democrat – on a particular issue.

Conservative: Will create non-statutory rural advisory panels to ensure that ministers have a direct route to farmers.

Labour: Says ministers already have regular meetings with farm leaders to ensure they have “every opportunity” to shape policy development.

Liberal Democrat: Will put producers at the centre of policy decision making by placing seconded farmers at the heart of DEFRA.

Conservative: Will abolish any unnecessary regulations, end the practice of gold-plating and concentrate inspections on farmers not already in assurance schemes.

Labour: Pledges to continue striking the right balance so regulations are effective and proportionate, while ensuring their impact is as low as possible.

Liberal Democrat: Will ensure DEFRA is better informed and “connected” to farming, pledging to end situations where farmers are dictated to by bureaucrats.

Conservative: Favours sharing the cost of combating animal disease with farmers but pledges that it won’t be an excuse for making farmers pay for DEFRA’s mistakes.

Labour: Claims a new body will improve the way animal diseases are controlled and has set up a joint working group with farmers to implement it.

Liberal Democrat: Opposes existing government proposals that would “legitimise a move to ‘cost sharing’ so farmers are forced to pick up the tab”.

Conservative: Will permit targeted control of badgers in hotspot areas but warns that a cull won’t work in areas where most badgers are already infected.

Labour: Has ruled out a cull, instead focusing on a vaccine programme for badgers and cattle-based measures to control disease spread.

Liberal Democrat: Will introduce a pilot cull in south-west England and measure the impact on bovine TB in badgers and cattle.

Conservative: Believes the new code of practice must be enforced, warning that governments cannot set prices but should try to ensure markets work as fairly as possible.

Labour: Wants farmers to have as much powers as retailers and is considering the results of a consultation on its pledge to establish a supermarket ombudsman.

Liberal Democrat: Believes a supermarket ombudsman is a step in the right direction but favours stricter rules and legally binding code of practice.

Conservative: Pledges to create the right business environment for farmers to compete while conserving wildlife but refuses to set domestic production targets.

Labour: Says there is “no reason” why Britain can’t grow more food but warns that there are some crops we’ll never be able to produce.

Liberal Democrat: Believes farm output must rise to reduce the country’s exposure to food shortages, saying it is crucial that Britain is less dependent on imports.

Conservative: Says the best way to encourage new entrants will be ensuring that farming is a profitable and a respected career, valued by the government.

Conservative: Will promote larger-scale schemes and re-examine payments to ensure they reflect additional expenditure by farmers, not just income foregone.

Labour: Will continue to support the Campaign for the Farmed Environment and give farmers the advice they need so everyone can play their part.

Liberal Democrat: Will encourage more farmers to sign up to stewardship and has ruled out a return to compulsory set-aside that would undermine productivity.

Conservative: Supports commercial production of GM crops so long as they have been properly assessed and there are clear rules on crop separation.

Labour: Believes GM crops must be taken seriously and could make a real contribution, so long as they are shown to be safe.

Liberal Democrat:Says society must decide the technology is used, arguing that a fresh debate on GM is needed, especially with regard to food security.

Conservative: Says legislation should be used only as a last resort if farmers refuse to follow good practice and inform neighbouring residents before spraying.

Labour: Believes farmers should give prior notification of spraying to rural residents who should have access to records of spraying activities near their properties.

Liberal Democrat: Believes the UK’s risk based management system is adequate but there should be special provisions covering some public areas.

Conservative: Will ensure existing research is properly coordinated for maximum benefit and has pledged to increase funding – but only if extra money can be found.

Labour: Says research and development is set to become more important but warns that the sector needs to be more efficient to get best value for the public’s money.

Conservative: Will provide the opportunity for the new House of Commons to repeal the ban with a free vote of MPs.

Labour: Will maintain the existing ban on hunting with hounds, arguing that it allows hunts to go ahead, so long as restrictions on the use of dogs are met.

Liberal Democrat: Argues that the ban should be repealed and replaced with broader animal welfare and licensing safeguards.