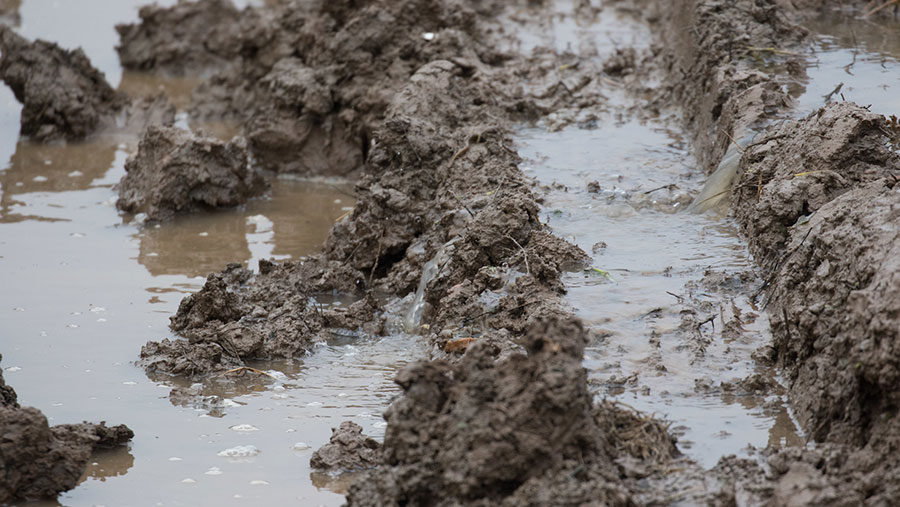 The NFU has become the latest organisation to argue bad weather should exempt farmers from rules requiring them to grow three crops.

The union has written to Defra warning that unseasonably wet weather has left many farmers struggling to comply with the EU’s three-crop rule.

It follows requests made by Scotland and Northern Ireland – backed by NFU Scotland and the Ulster Farmers’ Union – who have asked Brussels for derogations from the rule.

Introduced in 2015, the three-crop rule stipulates farmers must grow three crops if they are claiming support under the EU basic payment scheme.

It applies to farms with more than 30ha of arable land.

NFU combinable crops chairman Tom Bradshaw said growers would suffer a hefty financial penalty if they had to comply with the three-crop rule following months of poor weather.

“Farmers are facing a second spring of extreme weather in six years, which looks set to have financial implications for businesses as well as longer-term disruption to crop rotations,” he said.

Mr Bradshaw said the NFU was making the case to Defra to justify a derogation or flexibility from the three-crop rule.

“For the vast majority, even accounting for the extreme weather, crop rotations are sufficiently diverse for agronomic reasons,” he said.

This highlighted the “irrelevance of the three-crop rule, which merely adds bureaucratic costs to farm management”, said Mr Bradshaw.

But rainfall was 110% of average, and some places – notably Devon, the Midlands and some eastern coastal counties – had more than twice the normal amount.

Sunshine was 83% of average, and it was dull over most of England and Wales – combining with the cold and wet to hamper field work and make it difficult to plant crops.

Expectations that EU agriculture commissioner Phil Hogan will grant a one-season derogation for Scotland and Northern Ireland are running high.

The Republic of Ireland has already won an temporary exemption from the three-crop rule for 2018 on the same grounds.

A Defra spokesperson said: “We are aware of the difficulties that the recent wet weather has caused for farmers and their ability to meet their CAP crop diversification requirements.

“We are working with devolved administrations and farming groups across the UK as we gather evidence to support an application for an exemption of these rules.”