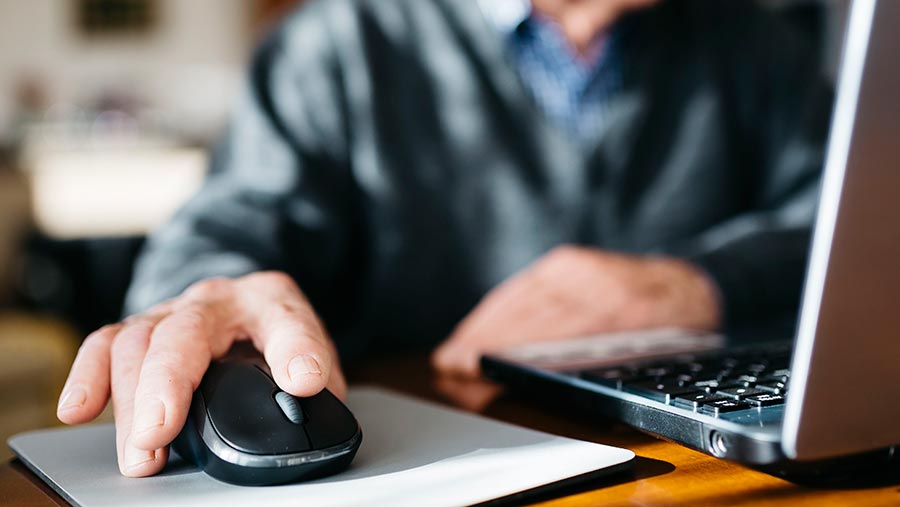 The two-month window to submit this year’s Single Application Form (SAF) has now opened for farmers and crofters in Scotland.

Rural secretary Fergus Ewing has urged applicants to complete the process online as soon as possible, thereby allowing applications to be validated instantly and reducing the risk of financial penalties being incurred through application errors.

NFU Scotland has backed his call, encouraging its members to prioritise filling out their forms, be that online, on paper or through an agent, despite the demands of calving, lambing and spring work.

NFU Scotland’s president Andrew McCornick said: “I would urge anyone aiming to complete their own SAF by the deadline to make time sooner rather than later so that any problems can be ironed out quickly.”

Last year about 75% of applications were made online, although a delay in updated mapping data for more than 1,000 farmers forced the deadline to be extended for the second year running.

Mr McCornick said: “In the past year, we have continued to liaise with the Scottish government to ensure that the significant improvements in the online application system seen last year carry on into this year’s application process.”

He added that the next few weeks will be an “important barometer” on what progress has been made with Scotland’s CAP IT system, and NFU Scotland will continue to keep “the utmost pressure on the Scottish government” until the IT system delivers.

Farmers are still waiting for news on when the outstanding balance payments for the 2016 BPS and greening schemes and the remaining payments from the LFASS 2015 will be paid.

Mr McCornick said: “Given the range of loans and balance payments, members and their accountants are also waiting on the clear statement that has been promised to all claimants, outlining exactly what money has already been paid and under what scheme.”