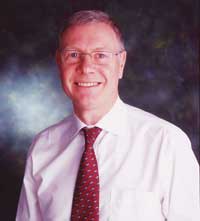 MPs have accused the chief executive of the Rural Payments Agency of being unable to run the
organisation.

Members of the Public Accounts Committee told agency chief Tony Cooper that he had failed to “get a grip” on the problems at the agency, despite being in the post for over three years.

“You are the boss, you should be running this,” Mr Cooper was told. “You don’t seem to be able to do the job.”

Referring to a report on the RPA by the National Audit Office, the committee added: “[We] have never read such a damning indictment for failure of
management”.

On top of failing to turn the agency’s problems around, Mr Cooper was also criticised for spending over £1m over three years on temporary managers to help him run the agency.

“The RPA has had more changes in the department than people have had hot dinners,” the committee said.

“You should be hanging your heads in shame.

“If this happened in a private company, you would want to know what was wrong with the chief executive,” it added.

Mr Cooper said taking “broken operations” and moving to a position where payments could be made was a challenge which did not appeal to everyone.

“It’s an organisation that’s struggling and under continuous scrutiny,” he said. “Not everyone wants a turnaround opportunity.”

Mr Cooper also admitted he had not been able to attract and maintain top-level managers because people saw having the RPA on their CV as “a risk:”.

The criticism came as Mr Cooper admitted he received an £11,000 bonus last year, despite the agency’s failings.

The payment took his annual salary from £134,000 to about £145,000 – more than ten times the average annual salary of an English hill farmer.