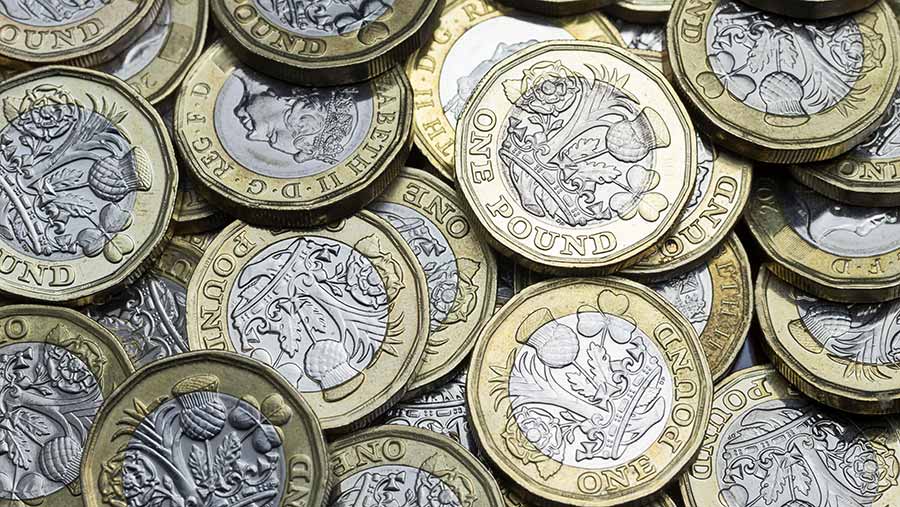 Farmers who receive a direct subsidy are likely to see an increased payment this year as the pound’s value against the euro is lower than in 2018.

Defra has confirmed to Farmers Weekly that the Basic Payment Scheme (BPS) rate will still be based on the pound’s relationship with the euro even in the event of a no-deal Brexit on 31 October.

This would see the Rural Payments Agency paying farmers directly from UK funds, but the amount paid per hectare will continue to be the average of the European Central Bank rates set over the month of September.

If current exchange rates were maintained through September, payment rates would therefore be 4.5% higher than those that farmers received in 2018.

The pound briefly fell to a 10-year low against the euro in trading this morning (12 August) and has been dropping successively lower since the election of Boris Johnson as prime minister increased the likelihood of a no-deal Brexit.

The Scottish Government pledged last month to offer eligible farmers up to 95% of their BPS payments early to help prepare their businesses for the impact of a no-deal Brexit.

It has committed to delivering payments to Scottish farmers who apply for the National Basic Payment Support Scheme from early October rather than December.

Loan letters will be issued next month to allow farmers to opt in.

This will be the second year in a row it has offered the scheme after bringing forward the payment window in 2018 following the adverse weather in spring and summer.