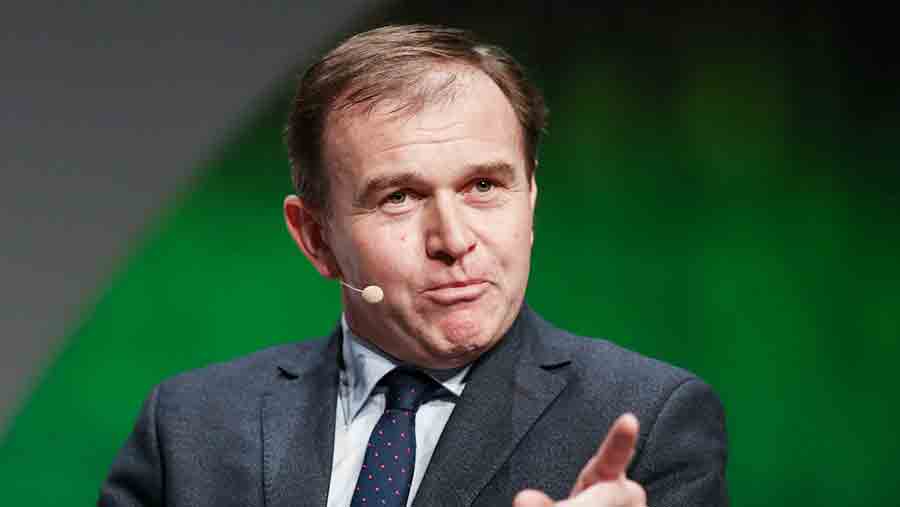 Wealthy landowners and farmers face cuts in the levels of farm support after Brexit under a Conservative government, farm minister George Eustice has suggested.

Mr Eustice, who is the Conservative candidate for Camborne, Redruth and Hayle, described the current distribution of farm payments as “unfair” and said the system should change.

However, the changes would be implemented under a transitional arrangement that could take until 2025 to implement.

“I don’t think many people could defend the notion of an area-based subsidy system staying in perpetuity,” said Mr Eustice in an interview with the Politico website.

“It’s a little bit upside down because it means the largest payments go to the largest landowners, who arguably need it the least.”

Under the current Common Agricultural Policy (CAP), about 80% of EU subsidies go to just 20% of farms, as funding is calculated on the size of farm acreage.

EU farm payments are worth about £3bn a year to the UK farming sector.

A recent report by Greenpeace found that in 2015, the top 100 recipients of the CAP received £88m in farm subsidies – more than the amount paid to the bottom 55,000 recipients.

“The farms that are most reliant on it [subsidies] tend to be some of your smaller family farms, particularly those in beef and sheep,” he added.

The Conservatives are the only political party to have pledged to guarantee current farm support levels until the end of the next parliament in 2022.

However, Labour said it would “reconfigure” funding for farming and fishing to support smaller traders, local economies, community benefits and sustainable practices.

Responding to Mr Eustice’s comments, NFU chief economics adviser Andrew Francis said: “Over the past two years, farmers have been through quite a difficult time. Many farming sectors have been severely affected by depressed prices, not just beef and sheep.

“For example, arable farmers rely on 60% of their income from subsidies. Just because prices are starting to rise, let’s not get too carried away.

“The government must realise that a lot of farming sectors rely on support. That’s why the NFU is calling for the same level of funding to be maintained.”