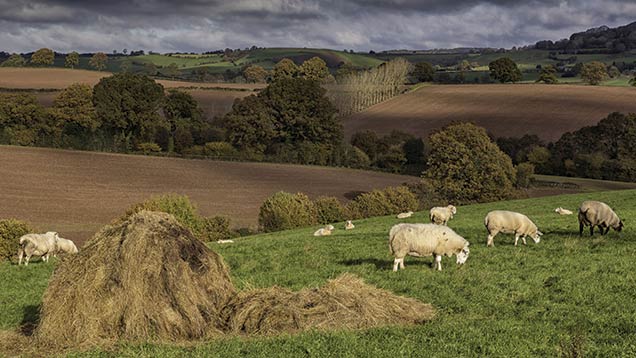 Lowland farmers in Wales say they will struggle to compete with their counterparts in other UK countries unless Basic Payment Scheme (BPS) rules are changed.

The farmers, known as Farmers for Regional Payments, launched a legal challenge claiming the Welsh government’s decision to introduce a flat-rate payment by 2019 was unlawful and would be quashed by a court of law.

A Letter of Claim has been formally served on the Welsh government.

The group is warning that other farmers will be paid nearly double the subsidy that they currently stand to receive and that they will be forced out of business under the new arrangements.

Solicitor Adam Finch of Harrison Clark Rickerbys, the firm representing the group, said: “What is at stake is the survival of the viable farmers in Wales, who form the backbone of Welsh agriculture.

“These farmers will face real difficulties competing with farmers in other UK countries who will be receiving almost double the payment for farming the same type of land.”

Mr Finch said: “The decision to move to a flat rate payment per hectare for all Welsh farmers under the BPS would lead to unemployment, business failure, detrimental effects on the environment and a significant deterioration in the quality and quantity of food produced in Wales.

“Productive Welsh farmers are going to lose tens of thousands of pounds during, what is already, a desperate financial time for agriculture.’’

The group has argued that the BPS should be based on a regional model and that the Welsh government’s failure to map Wales’ agricultural land based on its productivity potential over the past five years is the reason why it has shied away from this system.

“Productive farms are more labour-intensive and have greater overheads including machinery and infrastructure. Farmers rely upon the BPS subsidies to invest in their businesses in volatile markets and to stimulate the rural economy and agricultural supply chain as a whole,” said Mr Finch.

“Without financial support to permit investment in machines and staff, many farmers are considering whether they can continue farming. Ultimately, the impact of the Welsh government’s decision is such that farmers are no longer encouraged to farm productive land,” said Mr Finch.

The Welsh government is being asked to revoke the new arrangements or to pay compensation to the farmers whose payments would have been higher if the government had carried out the mapping exercise.

Mr Finch stressed that the group was keen to ensure that there was no delay to farmers’ BPS payments this year.

The Welsh government, which has been given 14 days to respond to the Letter of Claim, said it would be “inappropriate to comment further at this stage’’ because of the possibility of legal action.