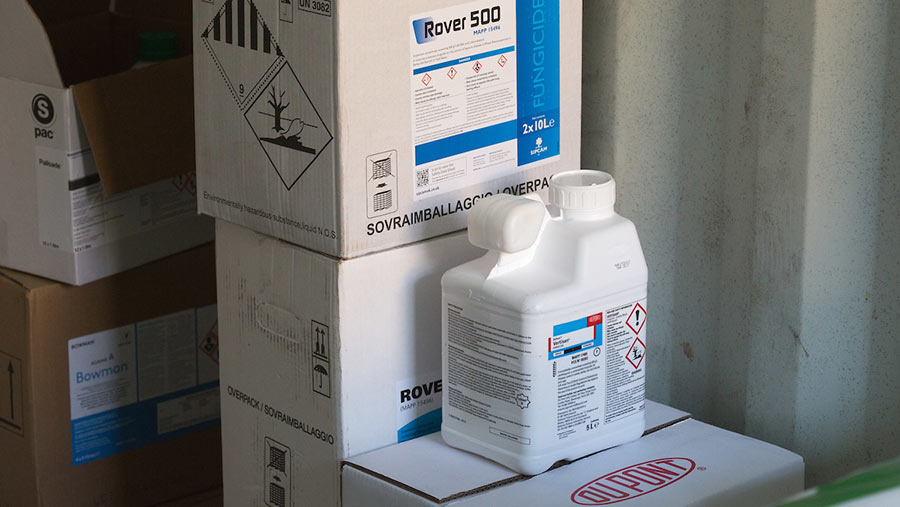 A free and confidential pesticide and herbicide disposal scheme allowing farmers to safely dispose of any unwanted or out-of-date chemicals is to be extended across all of Wales and into parts of Herefordshire.

In total, 1,662kg of pesticides and herbicides were collected from 59 locations in the Upper Wye, Towy, Teifi, Pendine, Alaw and Cefni catchments.

The funding from government means that this service will now be extended across the whole of Wales and into those parts of Herefordshire, where Welsh Water is operational.

The details of how the scheme will work are still being put in place, but it is expected to open for business in 2019 and will operate on a first-come, first-served basis.

A spokeswoman for Welsh Water said as part of its PestSmart initiative, the company would also continue to offer free weed wiper hire in targeted areas where elevated levels of grassland herbicide MCPA had been found in water.

The use of weed wipers reduces the risk to water quality as product is applied directly to the plant, uses less chemicals and reduces spray drift.

Farmers can register their interest in any schemes Welsh Water may be running as part of PestSmart by completing a form.

Welsh Water has also announced that its work to reduce the impact of plant protection products on water quality will be expanded to include domestic pesticide users as well as professional users.

The company will also be trialling the use of Foamstream technology on land around its reservoirs to reduce the amount of herbicides it uses.

Foamstream uses hot water and a biodegradable, environmentally-friendly foam made from natural plant oils and sugars to kill weeds.