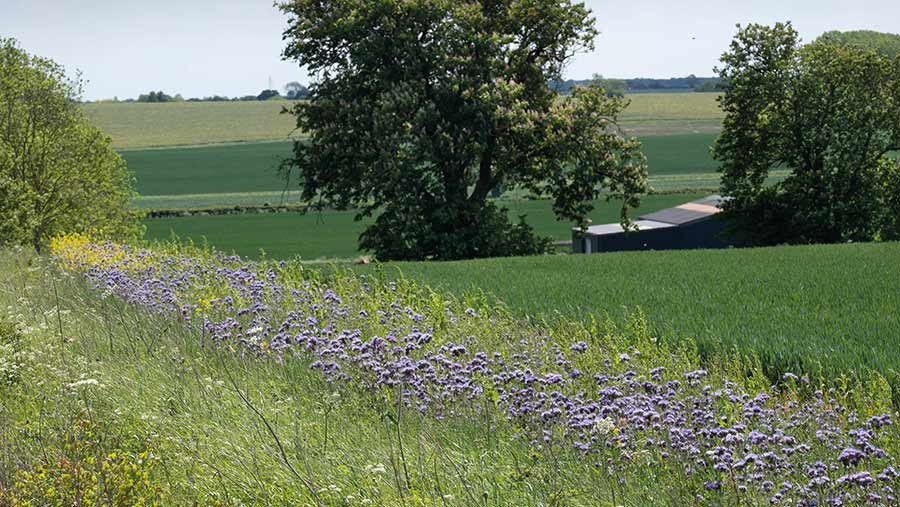 Common pitfalls can cause payment delays or even rejections, particularly where capital claims are concerned.

Cheffins associate Katie Hilton and Rostons surveyor Georgina Simonds set out some of the common snags and how to avoid them.

1. Starting work too early
Farmers often make the mistake of making a financial commitment or beginning capital works before the 1 January agreement start date. Carrying out works too early is a serious error and can invalidate agreements or, in some cases, result in them being cancelled.

2. Photographic evidence
Many capital options such as hedge planting, hedgerow coppicing, hardcore tracks and field gates require photographs to be taken before, after and, sometimes, during the work.

Photographs should be organised and stored electronically in a logical sequence. Then, in the event of an inspection, the correct photographs can be retrieved.

3. Supplying other evidence
It is also important to know what kind of evidence will be expected on submission of a payment claim to the Rural Payments Agency (RPA) for capital works.

Capital claims are submitted electronically via the rural payments system. But a pitfall that traps many farmers is a requirement for photographs to be emailed separately to the RPA in support of a claim.

Applicants should read the agreement small print and submit an email containing photographic evidence, at the same time as submitting the claim.

The Single Business Identifier (SBI) number and capital claim reference number must also be included in the email to enable the RPA to marry up the two.

This means a statement from a registered accountant must be submitted to confirm that the business has the resources to undertake the work in the proposed application.

Failure to submit this supporting documentation alongside a CS application has caused delays to the approval of the scheme, so this should be provided upfront.

5. Registering land
All the land where CS options are applied for should be registered with the RPA. This can be a particular sticking point when applying for capital works such as sprayer bays and rainwater goods in the farmyard, which might not necessarily have a field parcel number.

Digital maps should be updated by completing an RLE1 form to register the yard and buildings, otherwise the application for those capital works will be rejected.

This could equally apply to options HS1 or HS2 for maintenance of traditional farm buildings.

6. Water pollution areas
Applications for capital items that require the farm to be located in an area targeted for the reduction of water pollution must be checked to ensure it sits within one of these zones.

This can be done by logging into Defra’s website and ticking the “Countryside Stewardship Targeting & Scoring Layers” option followed by the “Water” option.

Arable farmer David Holland, who farms at Brayton Hall, near Selby, North Yorkshire, is still waiting for a decision on Countryside Stewardship scheme payments after the RPA asked for additional photographic evidence of works.

Mr Holland said he and his son, William, went through the application process carefully and planted hedgerows in November last year.

Having read the guidance carefully, the Hollands appreciated that photographic evidence of the hedge planting process on the farm had to be submitted.

“In total, we had about 400m of new hedge to plant and gaps to fill in existing hedgerows,” David explained.

In accordance with the guidelines, they took pictures of the site before the work was done, during the operation and after it was completed.

But they still fell foul of the small print. Officials from the RPA rejected the application because photographs had not been taken of each piece of infilled hedge.

“We thought we had done everything correctly and yet we have found there was another requirement,” David said.

The business is still waiting to hear whether its application will be accepted and payments which were expected by now have not been made.

But these parcels are ineligible for the stewardship scheme. Also, solar panels cannot be erected on agreement land where there are existing management options.

However, it is possible to create two new, separate field parcels on the land by submitting an RLE1 form to the RPA.

The two areas can then be managed as unconnected areas.

8. Compatibility
A common error that leads to rejections is overlooking the requirement for options to be compatible with the land use of the field parcel. Some CS options are only compatible with arable land, while others only apply to permanent grassland.

The RPA will check compatibility against land use codes on the farm’s Basic Payment Scheme (BPS) account.

Compatibility information can be found under the individual description for each CS option at Defra’s online Grants Finder.

Appropriate options such as HS5: Management of historic and archaeological features on grassland, should be taken up or the application will be rejected.

Applicants must tick “yes” in the “run-off/ soil erosion risk column” under the correct field parcel. These options will not be accepted by the RPA and the application will be rejected if this is not done.

11. Rotational
If the application includes options marked as “rotational”, this means they can move from one place to another during the course of the five-year agreement.

All field parcels earmarked for these options must be indicated. For example, if a field has been left out, but it was where a plot of AB15 two-year legume mix was to be moved to, the RPA is very unlikely to add it back into an agreement at a later date, disrupting the farm’s plans.