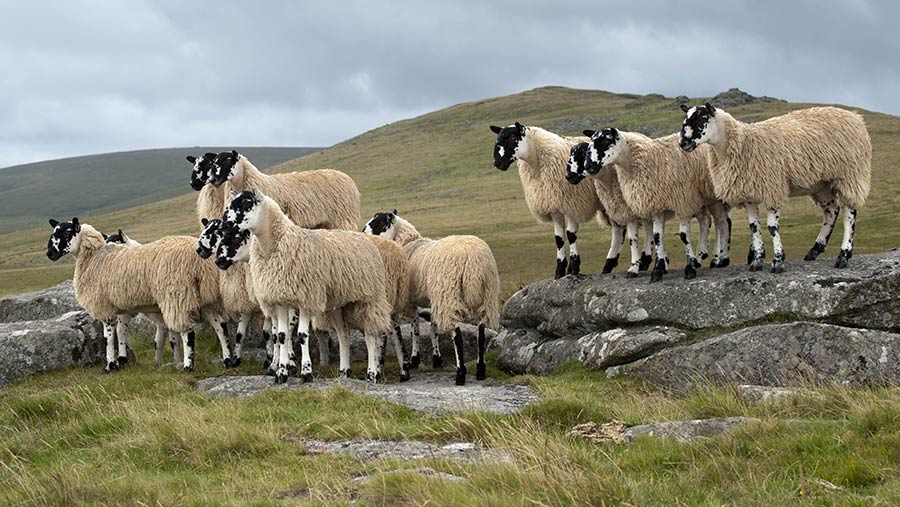 Okehampton commoners are furious after Natural England ordered them to take their sheep off Dartmoor to rewild the uplands.

The government body has told farmers that the sheep, up to 1,000 in total, need to be removed for six months, during the autumn and winter of every year, to allow gorse, bilberry, heathers and other shrubs to grow back.

A letter sent to the Okehampton Commoners Association warned there needs to be a “very significant reduction” in sheep numbers being brought down to “as close to zero as possible for this period for the remainder of the HLS [Higher Level Stewardship] agreement”.

The grazing management of Okehampton Common has been supported by Environmental Stewardship (ES) and HLS schemes since 2002 and efforts have been made to restore the upland heathland vegetation.

But Natural England says an assessment in 2018 of Okehampton Common, a site of special scientific interest, has shown a decline in its condition. Improved shepherding has not produced the results it had hoped for. Therefore, there is an urgent need to address this issue before the current ES agreement expires, it insists.

This has caused huge upset among farmers, who say it poses a threat to the viability of their sheep flocks. It is also unclear whether farmers will be properly compensated by the government for removing their sheep.

Leyland Branfield, a tenant farmer, near Princetown, said: “One or two commoners have come to the conclusion that Natural England don’t want any sheep there at all.

“The problem is, they will never achieve the condition they want these commons to achieve by reducing livestock. But it’s the only tool in their armoury.”

Dartmoor hill farmer Ann Willcocks said: “The implications for this across the moor are horrific. For us to lose hefted and leared stock is devastating.

“The stratified sheep system starts in the uplands. If we lose the hill breeds, everything crumbles.”

Exmoor farmer Robin Milton, who is also chair of the Exmoor National Park Authority, said: “If this is correct, I would be really concerned about the future of commoning on Dartmoor.

“There is a lack of real evidence that just reducing sheep numbers will create that improvement which is needed.

“We have got to be sure what the outcomes are before we indulge in some of these decisions that may be irreversible.”

Mr Milton added that he was concerned that more ground cover had the potential to lead to a greater invasion of bracken and gorse, and increase the risk of wildfires in the summer should there be reduced grazing.

A statement from Natural England said: “Okehampton Common is part of the North Dartmoor site of special scientific interest and a Dartmoor special area of conservation, and Natural England has worked closely with commoners to put in place grazing management which balances the needs of farmers, wildlife, cultural heritage, recreational users and the contribution the common makes to Dartmoor’s special landscape qualities.

“Management on the common has been supported through an Environmental Stewardship scheme aimed, in part, at restoring the heather and bilberry heathland that contributes to the site’s national importance for wildlife.

“We are working with the commoners on changes they can make to ensure their scheme is a success.”