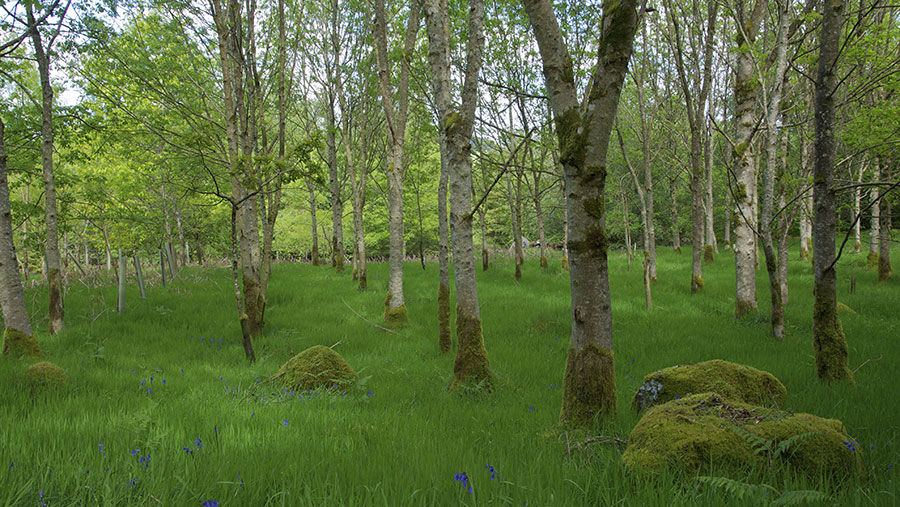 Landowners interested in tree planting have been given new insight on how much cash may be on offer through a Forestry Commission reverse auction scheme that pays for carbon storage.

New tree planting projects registered with the Woodland Carbon Code are eligible for payments for the amount of carbon a new wood will store.

This is measured in woodland carbon units – a financial value given to each tonne of carbon stored.

These can be acquired by bids in an online reverse auction run by the Forestry Commission, which revealed this week the average price of bids accepted in the first auction in February was £24.11 a woodland carbon unit.

Currently, about 70% of the carbon rights are sold in advance, enabling some landowners to quickly recoup their outlay, with the remainder sold later as the woodland matures.

The commission says the average should not be taken as a firm indicator of acceptable bids in the second auction, as the auction is a competitive process and lower bids are more likely to be successful.

In the first auction, held earlier this year, 18 out of the 31 applications were successful.

It also warned that a new competitive element would be introduced into the second auction, which will see the government only buy 90% of the total number of woodland carbon units entered into the auction below the reserve price.

It says this will ensure that there is genuine competition between participants, while still allowing for different types of woodland project to bid for the amount of support that they require.

The auction is to be held from 8-19 June, with entrants needing to register by 5 June to compete.

Further information is available on the Woodland Carbon Code website.