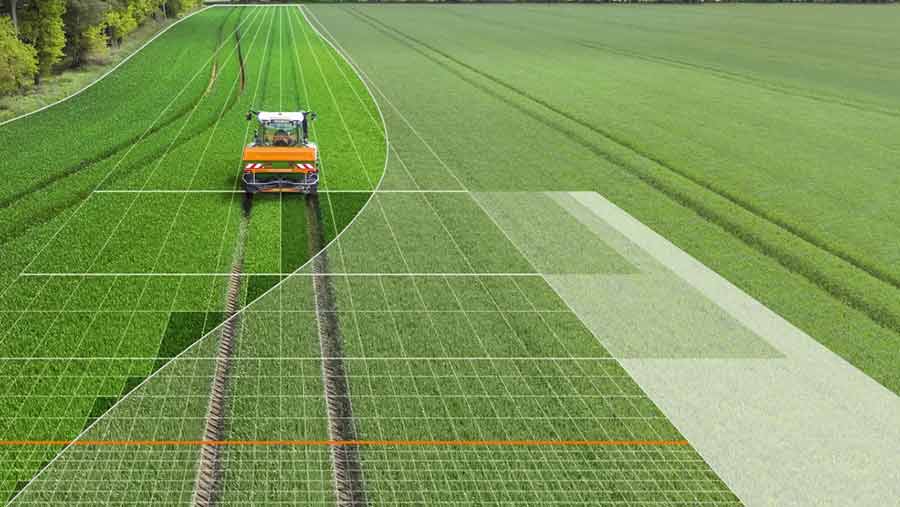 Grant funding is available in some areas to help buy precision-farming equipment for both arable and livestock production.

However, those considering applying need to know that the application process can be lengthy.

Farmers in England may be eligible for grant support under the Leader scheme, which is part of the Rural Development Programme for England (RDPE).

Jack Davies, a consultant with agricultural consultancy Laurence Gould in Newmarket, says that the Leader scheme is a useful funding opportunity for those looking to invest in new technologies to improve productivity.

“Applicants will have to demonstrate how the purchase of precision-farming equipment can increase their farm productivity, but I think we should make the most of this funding now, while it is here,” he says.

However, getting approval for a project can take from three to six months, depending on the nature of the application.

Vicky Price, a surveyor in the Hereford office of chartered surveyors Berrys, says that the application process can be long-winded, but also that it could be a good year to apply because funding bodies should have money to spend and would want to allocate it.

Farmers need to weigh up the benefits of applying for a grant and then waiting to see if they are successful, against the benefits of investing in the equipment without funding and having it available to use straightaway, she says.

The Leader scheme is complicated in that farmers have to apply to their Local Action Group (LAG), rather than a national body such as Defra, with each LAG deciding at a regional level how best to spend the money they have on offer.

However, one of the overarching priorities of the scheme is to support projects that will increase farm productivity – and precision-farming equipment is eligible in many regions.

The scheme is competitive, so whether an application is successful will depend on a range of criteria, including whether it offers the public good value for money.

Farmers should look at the applicant handbook for their own LAG to check how they are targeting funding and what equipment may be eligible for a grant. 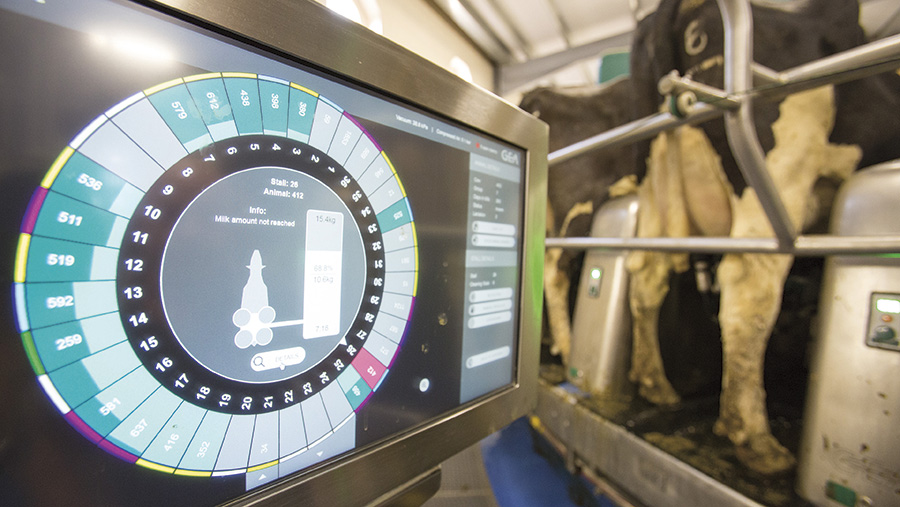 However, some LAGs say funding may be available for:

The application process for Leader funding is two-stage, starting with an initial outline application that seeks to summarise why a grant is needed, what it will be used for and how the business will benefit.

The LAG will then assess the outline application and decide if the applicant should be invited to make a full application or offered an explanation of why the project cannot be supported.

Mr Davies advises anyone thinking of making an outline application to first have an informal chat with their LAG representative.

“It is always best to speak to them first because they can clarify if a project is likely to be eligible or not,” he says. “They might also advise you to think about certain things when compiling an application.”

Ms Price says, as part of the full application process, farmers potentially need to provide up to three quotes, with the cheapest being the option that should be selected unless there is a good reason otherwise.

“Farmers who wish to apply should therefore be thinking about what equipment they would like funded now and start collecting the quotes, because that is sometimes not a quick process.” she adds.

The Countryside Productivity Scheme did not run in 2016, but Defra has confirmed that it may open again in the future.

Plans are being developed for new RDPE calls, including under the Countryside Productivity Scheme, with more detail to follow.

This could be a good opportunity for farmers. When the scheme last ran in 2015 it offered small grants (up to £35,000) to help pay for LED lighting for livestock housing, slurry management systems and remote crop sensing.

The grant was for up to 40% of eligible costs, with the applicant paying the other 60% from their own funds. Second-hand equipment was eligible, provided certain conditions were met.

There was also a large grants scheme (£35,000 to £1m), which could be used to pay for crop robotics, poultry litter drying systems and farm water management through reservoirs and irrigation.

However, the scheme received a high number of applications last time around so there could be strong competition for funds if it does re-open.

The Farm Business Grant is designed to help farmers in Wales to improve the economic and environmental performance of their agricultural holdings.

The scheme is expected to open for the first time in May 2017 and it has already been announced that there will be two further application windows in August 2017 and February 2018.

It will provide a 40% contribution towards capital investments in equipment and machinery that have been pre-identified as offering clear and quantifiable benefits to farm enterprises.

The Welsh government has produced a comprehensive list of investments that may be eligible for the scheme – covering both arable and livestock systems. 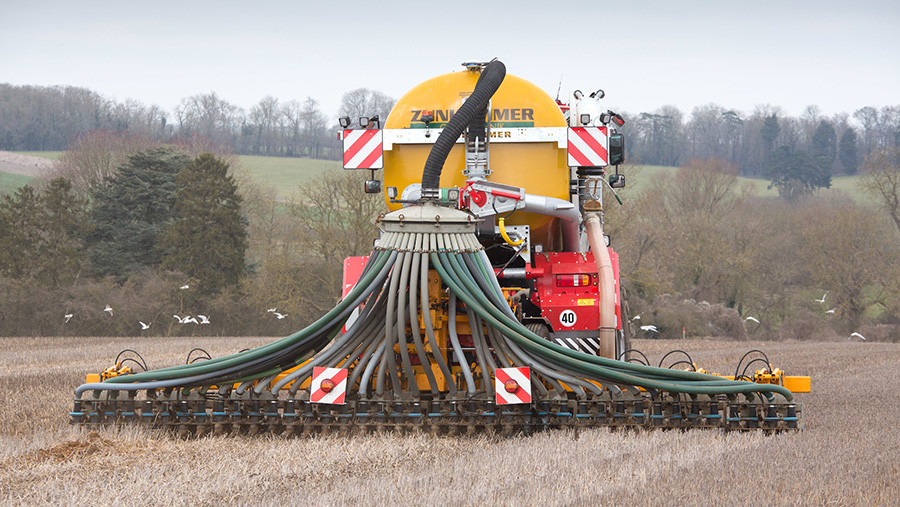 The Farm Business Improvement Scheme is currently closed for applications, but a second tranche is expected to open in autumn 2017.

This is a capital scheme designed to support farmers and growers who want to invest in equipment and machinery that will help improve efficiency, animal welfare or environmental performance.

The scheme has two separate tiers and offers grants that cover 40% of all eligible costs.

Tier 1 is primarily aimed at the purchase of equipment and machinery, including examples of precision-farming technology, and is for projects valued at between £5,000 and £30,000.

Tier 2 is designed to drive investments over £30,000, such as construction projects and the purchase of higher-value equipment, with a maximum grant of £250,000 available.

Grant support to help fund precision equipment may be available to those in the Young Farmer scheme, under the current funding round which opened on 1 April and closes on 30 September 2017.

As with most schemes, these are competitive and success depends on the justification put forward in a business plan as part of any application.

Jack Davies of Laurence Gould says he made a successful application last year for Leader funding for a mobile handling and EID weighing system, which is now in use on his family’s livestock farm in Staffordshire.

In his case, the application went through the system relatively quickly. It was submitted in autumn 2016 and they were able to buy the equipment in January 2017, after being offered £5,000 in grant support.

The system is now being used to improve the performance of the farm’s herd of 70 cattle.

“We would have struggled as a small business to make the investment without the support of grant funding, making the investment financially feasible,” he says.

“We now have the ability to scan the EID tag of an animal when held in the crush, which then connects with an indicator that displays the animal’s liveweight and calculates the daily liveweight gain of the animal from the last weighing session.” 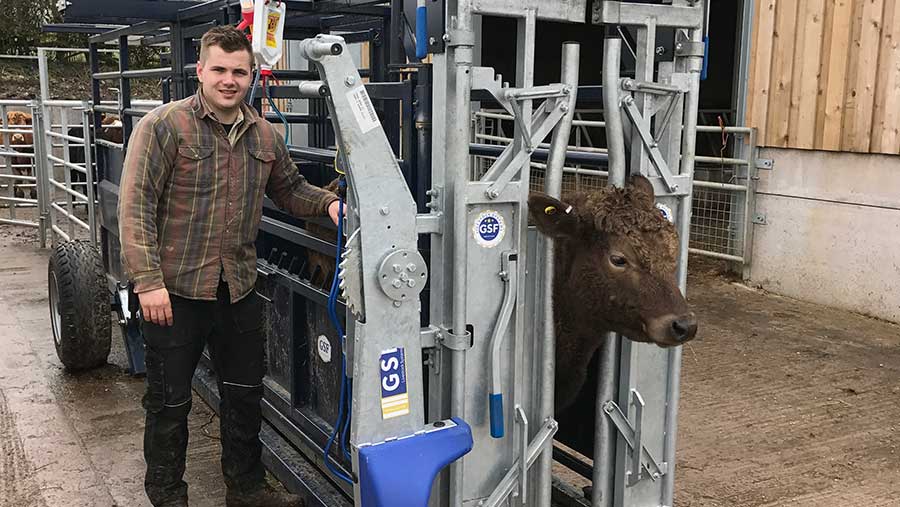 Animals are now being weighed every 21 days and Mr Davies says stock-management benefits are already evident.

“We realised after a series of weighing sessions that our average DLWG was much lower than expected. With this knowledge we adjusted our feed ration and we are now achieving an average DLWG of 1-1.5kg per animal

“We also have the ability to identify any underperforming animals, which we can treat accordingly if required, at an earlier stage, rather than relying on visual assessments. Understanding the animal’s weight allows us to meet market specifications and farm in a more sustainable manner.”

Mr Davies says they did not have the facility to weigh animals before, meaning they relied on visually assessing the animals – essentially “farming in the dark”.

Having a mobile handling system with the weighing facility allows the farm to handle cattle with ease, which is less stressful for the animal, preventing any weight loss.

It also allows the business to utilise grassland that is rented away from the farm, while still being able to monitor the animals.

“As a production system we are much more sustainable and can make management decisions to cut costs and expand further,” Mr Davies adds.