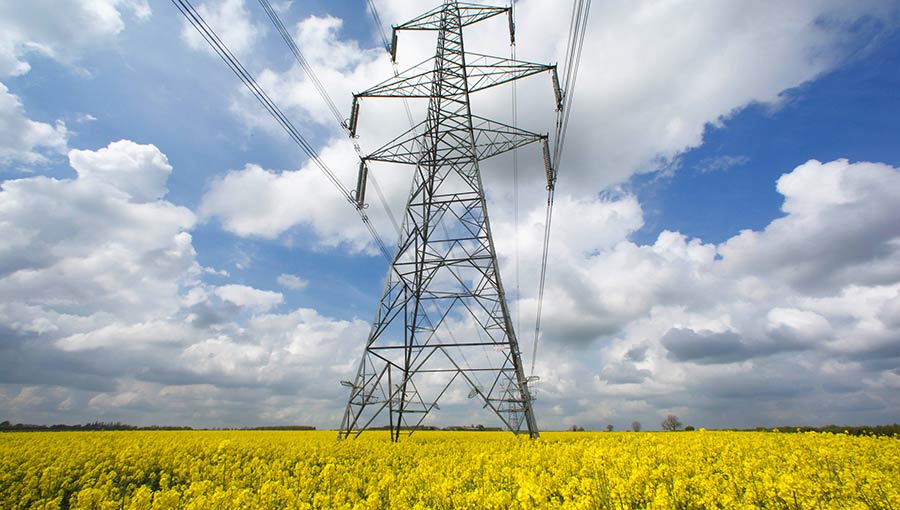 Arable growers are to receive new payments to compensate for the impact electricity pylons and poles have on farming operations.

The new wayleave payments for occupiers start this week and growers with power lines crossing land will automatically receive £24.71 for each single-poled support.

This is a rise of £1.57 compared with last year’s payment.

These overall figures are weighted averages based on many parameters and represent the culmination of six years’ work by the NFU and the Energy Network Association (ENA).

Within the payment scale, six different components that affect farm operations were taken into account:

The wayleave calculation has not been significantly updated for 25 years and farming has changed over that time, Ms Staples said.

“There is a far greater onus placed on health and safety measures now, which takes extra time and adds costs on farm businesses.

“Likewise, the use of irrigation has increased since 1994 and disruption to this has also been reflected in an extra payment within the overall figures,” she explained.

The varying impact was considered across 15 crop types including temporary grass leys.

For example, disruption to any operation in a cover crop is reckoned to be small and calculated at £4.69 for each single-poled powerline.

However, in a high-value crop such as fresh peas the effect of a single-poled powerline was calculated to cost £115.11.

Theoretically growers with higher-value crops could challenge the £24.71 average payment and have it increased.

However, Ms Staples cautioned that other lower-value crops in long rotations would likely bring down the average payment in line with the average figure.

The updated figures are so far available only for arable land in England, with grassland rates still to be finalised and released.